A judge, after hearing the evidence against two now-expelled black University of Albany students who falsely claimed that they were victims of race-based hate crimes[1] on a public city bus, are now faced with probation, community service and fines.

The lying students, Ariel Agudio and Asha Burwell, in return, won’t have to spend a day in jail. 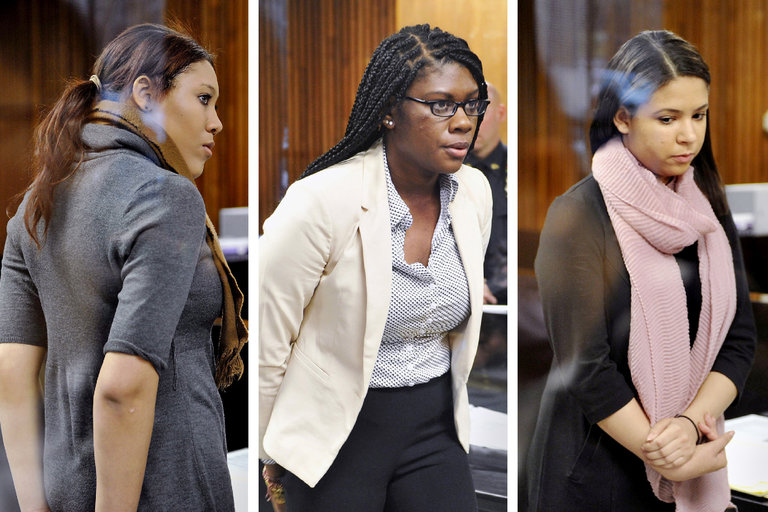 Roger McDonough, the Albany County Court judge who was ruling over the students’ jury trial in April, issued the sentence on Friday in front of a standing courtroom crowd.

McDonough sentenced Agudio and Burwell — each — to 200 hours of community service, along with a long 3-year probation. Each former SUNY Albany student will also have to cough up a $1,000 fine.

The ruling disregarded the Albany County probation department’s advice to push for prison time and then probation.

“There have been significant consequences already for what has happened, but I don’t think there’s any benefit in sentencing you to a jail term — no benefit for society and no benefit for you.”

The backstory was that the then-Albany students — Agudio, Burwell and Alexis Briggs — were caught up in a bus fight that led to the bogus hate crime claim on Jan. 30, 2016.

Briggs, Burwell and Agudio all claimed and swore that they were victims of a hate-fueled mob assault while riding the bus. The trio asserted they were in an argument with a group of 10 to 12 white men and women, who were also Albany students. The argument intensified into a downpour of racial slurs…at least that’s what they claimed.

“I just got jumped on a bus while people hit us and called us the ‘n’ word,’ NO ONE helped us.”

The racially-charged accusations of course started a lopsided outrage on the school campus. With hundreds of soft-headed students gathering on campus for a protest instead of waiting for the facts. They demanded justice and so the social media hashtag #DefendBlackGirlsUAlbany was created to stand in solidarity with these three black victims of race hate…

Well, that was until the judge saw the bus footage of what really happened. People in the majority are idiots. Don’t be sheep, people.