The black teenager who murdered a white man visiting from Australia is now saying that he killed the man because he was “bored” and wanted something to do. 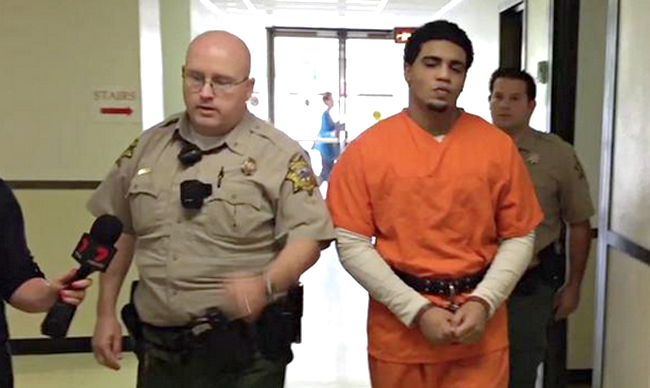 Chancey Luna, 18, was convicted[1] of murdering an Australian baseball player named Chris Lane. The 22-year-old Lane was in Oklahoma attending college on a baseball scholarship.

Oklahoma teen Chancey Luna was “bored” when he gunned down an Australian baseball player in cold blood. Now the 18-year-old will have to find new ways to occupy himself in prison, where he will spend the rest of his life.

As previously reported by the Inquisitr, Luna was successfully convicted of killing 22-year-old Chris Lane. Lane was in Oklahoma attending college on a baseball scholarship. He was out jogging when he was spotted by Chaney Luna and Michael DeWayne Jones. Prosecutors said that the teens were determined to kill someone and chose Chris as their victim.

Lane was gunned down from behind while out jogging along Country Club Road in Duncan, Oklahoma. Luna admitted to firing the fatal shot from the passenger side of the car Jones was driving. He was 16 at the time of the incident. The age of Chancey Luna was repeatedly brought up by the defense, insisting that 16-year-olds often “take stupid, senseless, [and] thoughtless actions.”

The jury didn’t buy it. Chancey was convicted in April, and District Court Judge Ken Graham upheld the jury’s recommendation for a life sentence. That sentence was handed down by Graham on Tuesday. Chancey Luna will spend the rest of his life behind bars. The only other option available to him was a life sentence that would have let Luna be paroled in his 50s.