David Ray Conley III, 49, was charged with multiple counts of capital murder, in the deaths of six children and two adults.

Five children and three adults were shot point blank in the head.

He posted this last week. 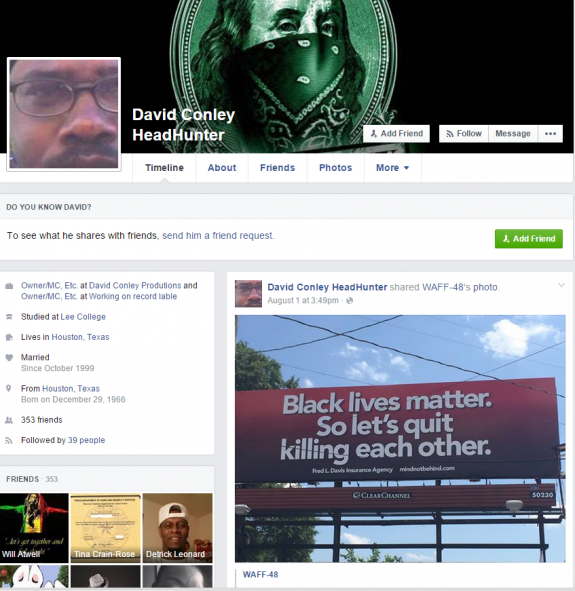 David Ray Conley III, 49, had recently moved out of the family home and came back to find the locks were changed, he told police.

So he shot them all in the head.

This is beyond tragic, that so many innocent lives were taken senselessly — but it also demonstrates the utter emptiness of this movement If any of these people actually thought black lives matter, then they’d pay more attention to the endemic of black-on-black violence instead of trumped up claims of police targeting black Americans, because that’s where the majority of black murders take place: in the black community.