This is something CNN and the rest of the liberal kooks don’t want you to know, because it screws with their gun control agenda. Yet, the truth of the matter is a concealed carry holder is being publicized as a hero[1] by Arlington police for stopping a mass murder by taking the gunman head on at a sports bar Wednesday evening.

According to police spokesman Christopher Cook, the gunman entered the sports bar and killed the manager of Zona Caliente in the 6500 block of South Cooper Street. He was then confronted by a man having dinner with his wife and was shot and killed at around 6:15 pm.

Police later figured out that the attacker was 48 year-old James Jones of Grand Prairie and the victim as 37 year-old Cesar Perez of Duncanville. The hero who saved everyone’s lives was not identified. 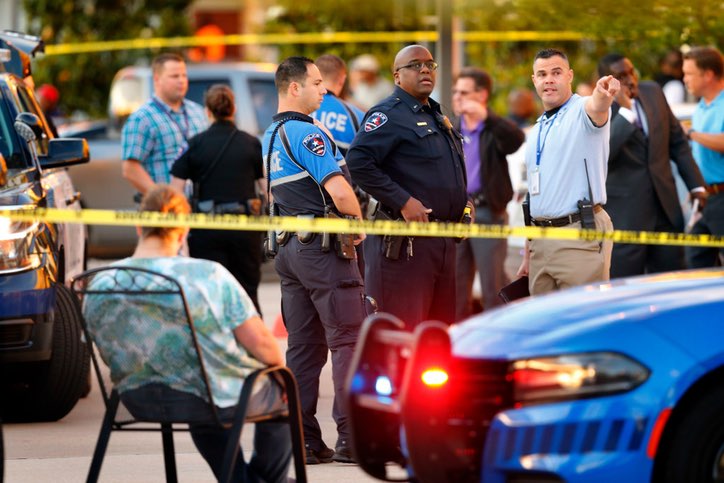 Authorities were able to search the attacker’s body and found two loaded guns and two knives on him:

“We do believe he had the capacity to do much greater harm.”

When Jones entered the sports bar, many witnesses had claimed that he seemed very agitated and crazy because he started shouting incoherently all the while climbing and standing on top of the bar counter.

Cook continued with what he witnessed:

“People didn’t know who he was yelling at.”

Perez, the manager of the establishment, attempted to try and talk the man down, or maybe at least calm him down. But instead, he became the first victim and wouldn’t have been the last if the man eating with his wife had chosen not to use his concealed carry pistol to put an end to the threat.

In John Hawkins’ new book, ‘101 Things All Young Adults Should Know’, he teaches in number 81, “If you buy a gun, learn to use it.” This hero learned to use a gun. He even carried it on him LEGALLY in order to protect him and his family…he was ready and he was ready because he had the right to bear arms. AND HE USED IT!