Liberals have seemingly forgotten that there’s a difference between protesting and rioting. For them, if you disagree with someone politically, then it’s acceptable to destroy property and behave violently. When they tried to pull that during Donald Trump’s inauguration, though, it backfired on them[1]… big time. 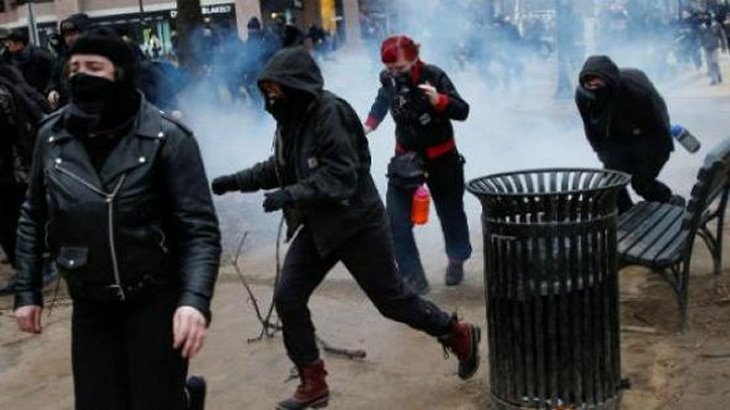 Around 230 people were caught rioting in Washington, D.C., breaking windows, setting cars on fire and even attacking police officers by throwing bricks at them. Many of them were anti-capitalist anarchists, carrying black flags to symbolize anarchy. They also dressed in ‘black bloc’ style, in all black, including with black masks covering their faces.

For many of them, they had been arrested for rioting before, but hadn’t received any real punishment. They were given misdemeanor charges, with a desk appearance ticket and no jail time. But that wasn’t the case this time. These are career rioters and they pushed their luck one too many times.

Most of the inauguration rioters were arrested. And this time, they’re going to be charged with felony rioting… which could potentially land them in jail for 10 years, as well as saddle them with a $25,000 fine. The sad thing is, the police didn’t want to arrest anyone. If the rioters had protested peacefully, without damaging property or attacking other people, then they never would have been arrested.

This wasn’t a protest. It was a group of criminals taking advantage of the Trump inauguration. And they deserved every charge filed against them.