A gunman is still at large in Mesa, Arizona after shootings in several locations including a restaurant and a hotel, police report. 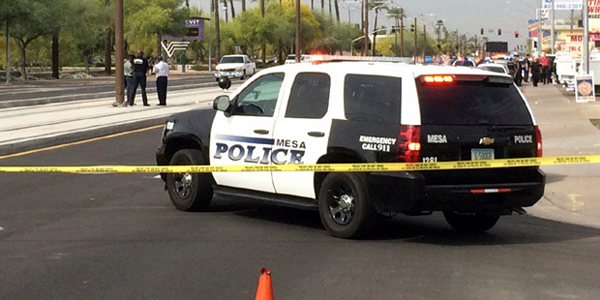 Police are searching for a suspected gunman who is accused of wounding four people in a shooting spree across a Phoenix suburb.

Mesa Det. Esteban Flores says victims were injured Wednesday morning in shootings at three locations, including a restaurant and a hotel.

Flores says police are looking for a bald, white man in his 40s with a large tattoo on his neck. He was last seen wearing a gray shirt and either black pants or black shorts.

Mesa police closed off an area around the East Valley Institute of Technology on Wednesday morning.

AZCentral reports[2] that six have been shot and one has died.