BREAKING: Charlotte Shooting Footage Has Been Released – There Is No Denying The Truth Now…VIDEO

The wife of Keith Scott[1] got the audio and some video of the police shooting her husband. You don’t actually see them shoot him, you just see the aftermath and her screaming at them. She kept saying he didn’t have a gun and that he was on meds for some mental impairment he had. Gee, did that cause him to wear a thigh holster and carry a gun? Regardless of her claiming he didn’t have one, you can plainly hear the officers telling him to put the gun down repeatedly. He got out of the car first with the gun and then got back in. The police were going to break the windows and he got out again with the gun drawn. That is when they shot him.

You can clearly hear her at the end yelling at Keith not to do something. He evidently did it and it involved the gun, which got him a dirt nap. I’m sorry, I have no sympathy for any of this. He deliberately would not obey repeated commands by the police and that got him shot. 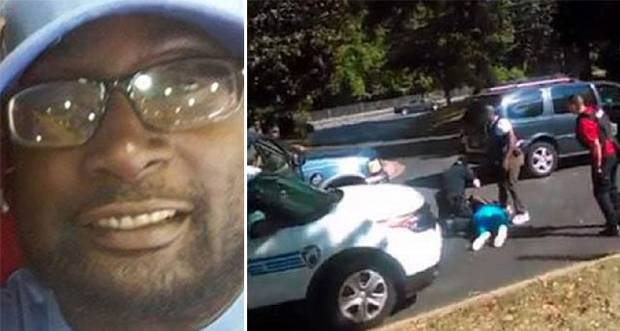 The wife of shooting victim Keith Scott was pleading with him not to do something in the final moments before his fatal encounter with police officers on Tuesday, according to a cellphone video recorded by Scott’s wife and shared by the family with The New York Times[3].

Scott was killed Tuesday by Charlotte-Mecklenburg, N.C., police after a confrontation in which police said Scott became aggressive and was a threat to the officers. Police reportedly have recovered a gun from the scene that had on it Scott’s fingerprints and DNA.

The cellphone video was given to The Times by Scott family lawyer Justin Bamberg. Videos taken by police cameras have been termed by the police as inconclusive in documenting what took place just before police fatally shot Scott.

I don’t understand his wife either. There’s nothing that could have kept me from my husband at that point. And I sure as hell would not be stopping to video all of it. He’s far more precious to me than whatever lawsuit this woman is angling for. The media of course is lapping this up and painting his wife and him as victims. Typical.

Scott’s family, initially contended that he was carrying a book, but after viewing the police video on Thursday said it was “impossible to discern” what, if anything, he was carrying. They urged police to release the footage. “There’s nothing in that video that shows him acting aggressively, threatening or maybe dangerous,” said Justin Bamberg, one of the lawyers representing the family, said in an interview early on Friday. Well, you can’t see anything in the damned video, so I guess that is right. But you can hear the police telling him to drop the gun again and again.

Despite law enforcement’s refusal to release any footage, Scott’s family gave a video recorded by his wife to NBC News. It aired on MSNBC less than an hour after authorities’ press conference ended. That was totally staged. I’ve lost all patience with this victim mentality that seems rampant out there… and I am beyond done with Black Lives Matter. The police can’t win for losing here. 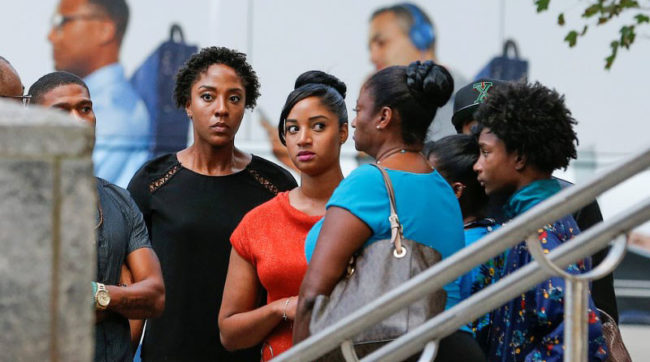