Imran Awan was the Pakistani IT vendor for the oh so despicable Debbie Wasserman Schultz, the former chairwoman of the Democratic National Committee. Awan was arrested by the FBI while attempting to flee[1] the country Tuesday, according to sources. Fox News Capitol Hill reporter Chad Pergram laid out the facts using his twitter account about the arrest at Dulles International Airport, which is said to be the consequences of “bank fraud” charges: 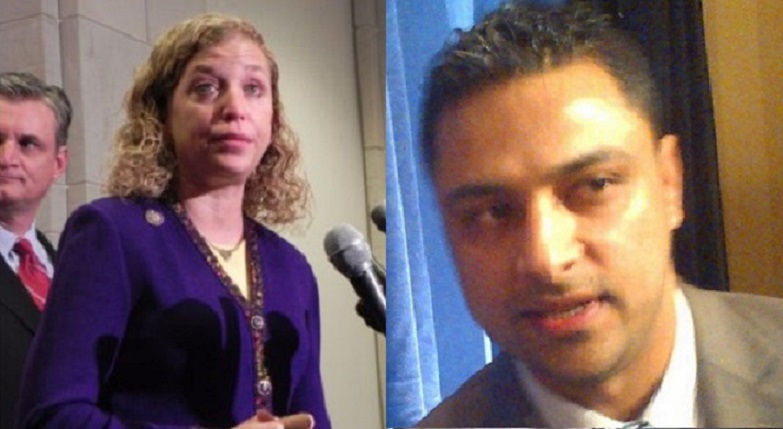 It was Imran Awan and other members of the Awan family who are under investigation by both the FBI and Capitol Police for “serious, potentially illegal, violations on the House IT network.” According to reports, the Awans had rented out their former Washington, DC-area residence to a family while they were going to disappear. After finding that they had left “smashed computer hard-drives” and other computer equipment at the Lorton, Virginia home, the Awans attempted to urgently regain them before they were seized by investigators. They even tried to threaten the renters that they would sue.

The contents of the hard drives is as of yet unknown to the public, but Imran Awan and his brothers are rumored to have provided services as IT vendors for many top House Democrats.

Pergram’s tweets sort of point out that the central criminal violation that is being investigated is embezzling the IT budget money from House Democrats:

It is still not clear what link these allegations have to the reports of smashed hard drives and laptops. Federal agencies are playing it close to the vest on this one.