Perhaps as many as five people have been shot by an assailant who opened fire at two military facilities in Chattanooga, Tennessee this morning. Police report that at least one gunman is dead. 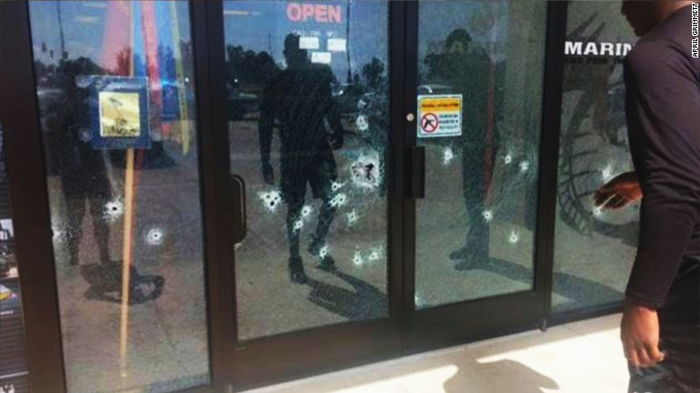 Police report[1] that one police officer and four members of the US Marines were hit by gunfire on Thursday morning. The Marines apparently have all died from their wounds.

Four soldiers were killed in two attacks on military centers in separate parts of Chattanooga by a unknown gunman, leading to lockdowns at local hospitals as well as the Army Recruiting Center on Lee highway as well as the Naval and Marine Reserve Center at the Chattanooga Riverpark, where shots were fired.

Four marines were killed and one police officer were shot in the attacks, according to multiple sources.

One shooter is dead, according to reports, and police say this is no longer an active shooting situation.

Witnesses at both sites reported hearing multiple gunshots in each case, with the bulk of the firing happening at the Amnicola Highway location.

At least the shooter was killed. It is believed there was only one shooters.