This is something I actually wrote on[1] last year that is now coming further to light. John Podesta may have seriously violated federal law by not disclosing stock issued to him by Joule Unlimited Technologies. This is a company that is in part financed by a Russian firm. When Podesta left the board of Joule, he was issued 75,000 shares of common stock. This was as he was becoming President Obama’s special counselor. When entering office, by federal law, he was supposed to disclose that stock. It’s not a minor thing that he would have overlooked either. I definitely believe he is guilty of hiding this.

Rep. Louie Gohmert[2] is calling for an investigation into Podesta’s ties to Russia. They go much deeper than this and I have long wondered and written why those ties were not exposed. Podesta sat on the board of the Putin-connected energy company alongside Russian officials who received $35 million from a Putin-linked Russian government fund. If that doesn’t spell corruption, I don’t know what does. It’s ironic that they go after Trump on Russia, when the Dems themselves are deeply involved with them. You don’t have to like someone to do dirty dealings with them.

John Podesta, former Secretary of State Hillary Clinton’s 2016 national campaign chairman, may have violated federal law by failing to disclose the receipt of 75,000 shares of stock from a Kremlin-financed company when he joined the Obama White House in 2014, according to the Daily Caller News Foundation’s Investigative Group.

Joule Unlimited Technologies — financed in part by a Russian firm —  originally awarded[4] Podesta 100,000 shares of stock options when in 2010 he joined that board along with its Dutch-based entities: Joule Global Holdings, BV and the Stichting Joule Global Foundation.

When Podesta announced his departure from the Joule board in January 2014 to become President Obama’s special counsellor, the company officially issued[5] him 75,000 common shares of stock.

The Schedule B section of the federal government’s form 278 which — requires financial disclosures for government officials — required Podesta to “report any purchase, sale or exchange by you, your spouse, or dependent children…of any property, stocks, bonds, commodity futures and other securities when the amount of the transaction exceeded $1,000.”

Liberals and conservatives were both quick to condemn Podesta over this. “Well Podesta should certainly have been more upfront in filling this out. Clearly, it should have been fully disclosed,” said Craig Holman, a lobbyist for the liberal group Public Citizen which was founded by Ralph Nader. “That’s the point of the personal financial disclosure forms, especially for anyone entering the White House,” he told TheDCNF in an interview. “If the transfer of stock took place, it had to be disclosed,” added former U.S. Attorney Joseph DiGenova in an interview. “If he didn’t, clearly it’s a violation.”

The very same year that Podesta joined Joule, the company agreed to accept $35 million from Rusnano, a state-run and financed Russian company with close ties to President Vladimir Putin. Russian money and influence is quickly becoming a counterintelligence concern for America. The existence of the 75,000 shares of Joule stock was first revealed by the Government Accountability Institute report issued last year. WikiLeaks uncovered some of this and exposed it last year during the campaign. I would suggest that Podesta’s dealings with Russia be looked at very closely. Especially considering Hillary Clinton’s dealings there. 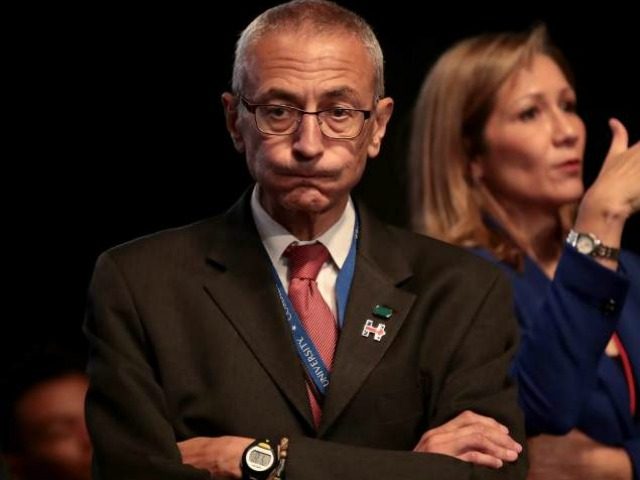