Police were greeted with a horrifying and bloody scene after being called to the University of Texas at Austin Monday afternoon regarding a stabbing. Current reports indicate that 3 people were injured in the attack and one additional person was fatally wounded, having been pronounced dead at the scene. 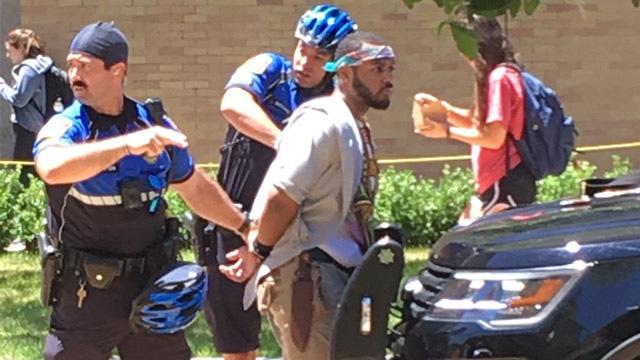 The suspect, Kendrix White, pictured above during his arrest, is believed to be the only perpetrator of the attack. UT Austin police no longer believe there to be any threat to the campus.

FOX 7 Austin carried live video of the recent press conference where more details were given about the incident. You can watch that below:

This is a developing story. We will bring you more details as they become available.