“Burglars Just Want Tacos”: A Restaurant Created a Commercial Out of Surveillance Video

Being robbed is usually a pretty upsetting experience. But the geniuses that run a taco restaurant were able to turn it into something not only hilarious, but possibly lucrative. 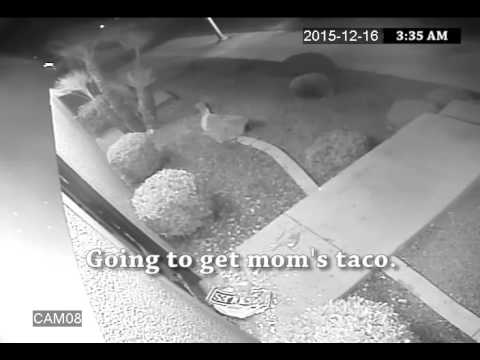 The burglary happened just past 3:30 a.m. on December 16, 2015. The suspects can be seen breaking into the shop and rummaging around before finally taking the cash register and leaving.

Frijoles & Frescas took the liberty of adding subtitles to the footage, narrating what they believe the suspects were truly looking for — their delicious tacos.

“Please help us find these guys so we can get them the tacos they rightfully deserve,” the video adds with photos of the suspects.

Hopefully, all of the media attention surrounding this genius commercial will find the men who desperately needed tacos at 3:00 in the morning. If you think you might know who the taco-loving thieves are, call the Las Vegas Metro Police Department at 702-385-5555.