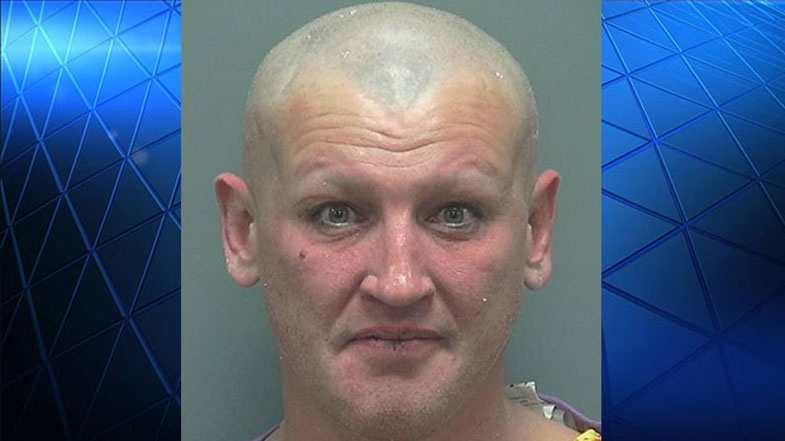 I watched IT on Halloween and that was enough spooky clowning for me this year.

Shakes the Clown, real name Brandon Goral, has been arrested and charged with the groping of two women in Wisconsin. The incidents took place at a haunted house at a recent “haunted barn” attraction. The trouble first came to the attention of the police when two women approached the cops to let them know that a “clown with green hair” approached them at the attraction to ask them:

“Do you want me to Donald Trump?”

I don’t think he meant tweet mean things about North Korea’s leader. While he said this, the two women allege that he “made a hand gesture towards their vaginas and made a squeezing motion.” The two women said that no, they were not groped or touched at that time, but they were “caught off guard” by what they perceived to be inappropriate behavior by a hired entertainer at what should be a fun, spooky event at a campground in Janesville.

The groping occurred later when Shakes the Clown, who later told the police that he “does not touch women’s breasts” unless they ask him to do so, said that in fact multiple women have asked to be groped by him while they take photos. In fact, he argued, several women had already made the request to be groped the very evening that he groped the two complainants while they later waited outside of the haunted barn.

The two women are said to have felt “violated and uncomfortable” and both of them deny having granted permission to be touched on their breasts.

The Sheriff’s Deputy later gave out information on the arrest, stating that Brandon Goral is a 43 year-old resident of the area and that yes, he’s the one who plays Shakes the Clown. When the police asked him about why on earth he made the Trump comment, he said that “you can see when people are political.” Even if you’re wearing a MAGA hat[2] there’s no reason for a strange clown to role play the Grab ‘Em incident. He agreed that at least, yes, he knows not to touch people unless he’s been asked, but apparently there’s enough evidence from the two women to warrant the arrest, with two counts of misdemeanor sexual assault. Shakes the Clown is currently out on $2,000 bail bond. His two victims are only known by their initials and Shakes has been ordered to stay away from them.