The Kate Steinle verdict stunned millions of Americans and left us speechless. How is it possible for someone who shouldn’t have even been in this country to get away with murdering an American citizen? Something that would have been unthinkable just 10 years ago has now come to pass, horrifying those of us who had faith in the justice system.

Now one Republican in Indiana has decided that enough is enough; we need to hold accountable both the criminals and the people who enable them to continue committing crimes on American soil by protecting them from local law enforcement as well as ICE. 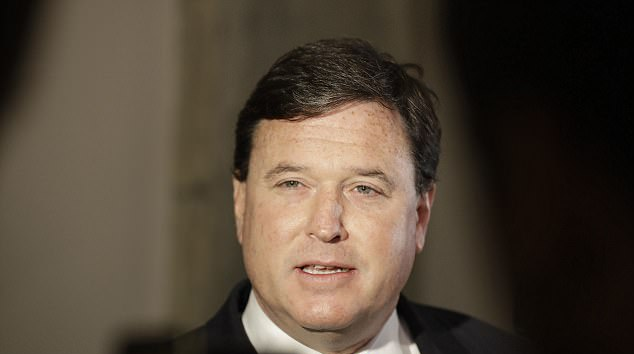 Rep. Todd Rokita is introducing the Stopping Lawless Actions of Politicians’ (SLAP) Act in response to the Steinle verdict, which only found Jose Ines Garcia Zarate guilty of unlawful possession of a handgun. Apparently having a gun is more important to the state of California than shooting and killing a young woman who was just enjoying the view from the pier.

Zarate had been deported five times prior to the shooting and the city of San Francisco has set him free again in direct violation of an immigration detainer. This happened three months before the murder of Kate Steinle. The federal authorities had no idea where he was until he was arrested for shooting the woman.

“Politicians don’t get to pick and choose what laws to comply with,” Rokita said. “Americans are dying because politicians sworn to uphold the law refuse to do so.”

So, what exactly would the SLAP Act do to protect Americans? Well first of all, it would punish officials for not cooperating with federal immigration authorities and would directly target sanctuary cities which are harboring illegal aliens within their borders, protecting them from facing justice for their crimes.

The punishment for refusing to comply would include a $1 million fine and five years in prison, which is too lenient in my opinion, considering some of the traumatic experiences Americans have had to face at the hands of illegals who were protected by bleeding-heart politicians.

That being said, I’m glad someone is willing to say what the rest of us are thinking: The politicians who are making it possible for these people to continue breaking the law need to be punished. They don’t get to decide what laws are worth enforcing, because this legal relativism is extremely dangerous for the rest of us who are just trying to live our lives.