This story is more than a little rough. It’s downright evil. The parents of a four month-old son have been arrested for his murder. The gruesome details are beyond just plain neglect. It’s far worse than that. These two had left their son to literally rot away in his baby swing. 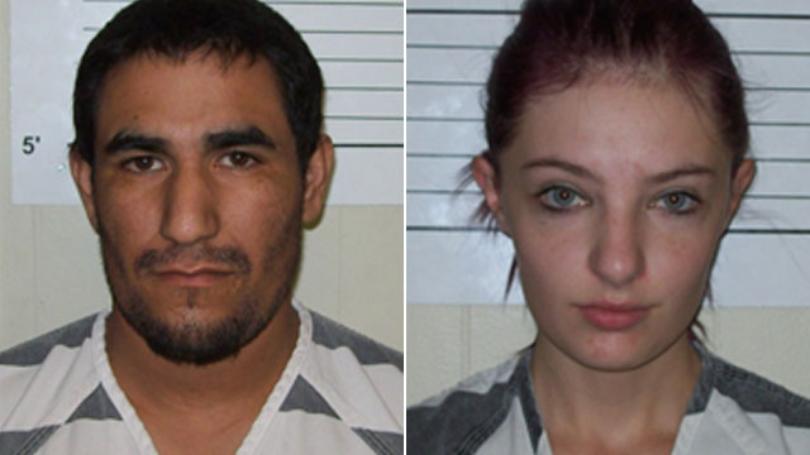 The two alleged murderers are Cheyanne Harris, 20, and Zachary Koehn, 28. They now face charges that include child endangerment and the murder of there little boy, Sterling Daniel Koehn. They are being held for their preliminary hearing next month. If convicted, these two will be spending the rest of their lives behind bars.

When the medical examiner was able to look over the body, he had found maggots in his clothing and skin, and they were judged to be new by the development of the maggots in their various stages. The the boy hadn’t been changed out of his diaper, bathed, or even taken out of the swing in over a week.

It was Koehn who first claimed that his girlfriend was the one who fed their son around 9 am. He claimed that nothing was amiss and everything seemed normal, but when he came back at 11:30 am, their son had died. The problem with this story is that it’s a lie. Authorities know thanks to the forensic evidence found on the poor child’s body.

According to the autopsy report, the forensic entomologist called out Koehn’s version of the story as untrue. When they did their testing of the body, they had ruled that the death of the boy was actually a homicide and it was considered so because the two parents had obviously failed to provide the care that a 4 month-old needed.

It was neglect to an astonishing extent.

When the authorities found the child, he weighed a mere 7 lbs, a devastating weight that would place him in the 5th percentile for his age. These two had done nothing for their baby. Zero. They allowed him to suffer and die, dirty, hungry and in pain. How human life, especially the life of your own child, can mean so little to these two, is beyond anything that a normal person could comprehend.