Couple Poured PETROL Over 5 Year-Old Son, Set Him Ablaze – Then Surfed Net for Sex Partners While He Writhed in Agony 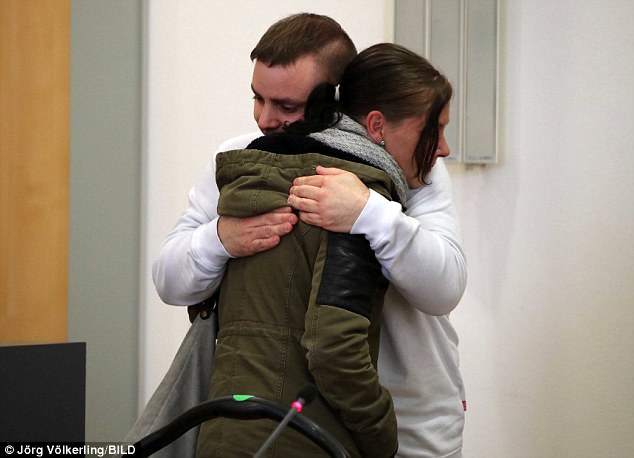 Two parents were in court to answer to charges of setting their five year-old son on fire.

Oliver and Jessica Schneider, both 37, allegedly poured gasoline over their son before lighting him on fire. Altogether they have five children.

After setting their son on fire, the two went back to their computers to continue their online search for sexual partners while he was being burned alive. The boy survived and the incident went unreported for days until Jessica took the boy out shopping with her and a clerk at the shop noticed that the boy was injured and called the police.

Their 11 year-old daughter has reportedly said of the two that “sex was the only thing that interested them” and they have both been arrested on charges of attempted murder.

The woman who called the police, only known as Katja S., was working at a gas station when the mother and child came in for groceries, five days after he was burned. Child welfare authorities went to their apartment in Bavaria, finding it filthy and filled with dogs. They took all five of their children into care at once.

The prosecutor in the case, Ulrike Klein, stated that it was Jessica who was the one who both poured the gas on the child and lit him on fire. Right now, doctors are saying that the boy will be disabled for life, because even with operations, he will never be able to move one of his arms normally.

“They did not provide [their children] with sufficient medication, food or liquid, but they devoted themselves to sexual activities, searched the Internet for sexual partners and [took] photos of themselves in the garden.”

A police officer who had been dealing with the five children said that one of them told him that the young boy had been crying for hours every day and bled.

Their father Oliver is up for life in prison and their mother is currently in a psychiatric hospital. Upon her arrest, she insisted to the police that she must make a statement talking about the benefits of yoga.

Earlier this summer, we reported on a police officer in Oklahoma who was so taken aback by the child abuse case[2] that he felt he and his wife were called to adopt the ten year-old boy and his baby sister so they could join his family and their two natural children.