Now, I’m not a mother and I won’t be any time soon, but I firmly believe that the only thing worse than finding out your child is missing is finding out that they are part of a sex trafficking operation. That would break your heart in ways that no parent should ever have to feel and I can’t imagine what it would be like to experience something so horrible, and I hope I never do.

Unfortunately, this is exactly what Kubiiki Pride had to face when she found out that her daughter was being sold as a sex slave on Backpage.com. Not long after that, she had hatched a plan to get her 13 year-old daughter back and it was something you would think you’d only see in a movie. 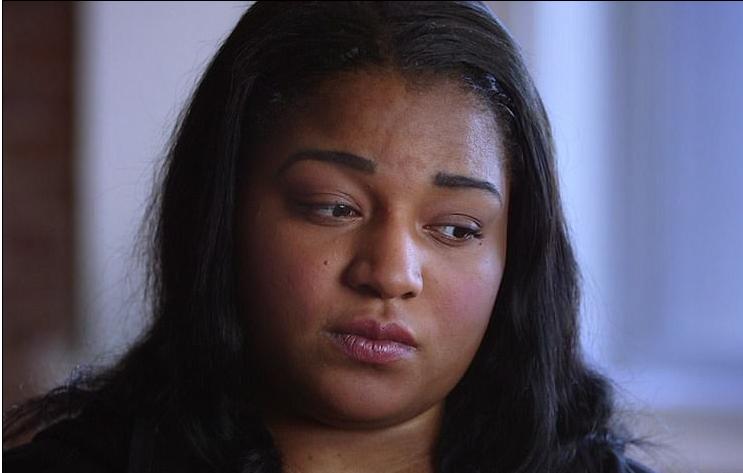 The mother, from Atlanta, Georgia, had been missing her daughter for 270 days before she stumbled upon the lewd ad, which pictured “MA” in tight lingerie.

MA had sneaked out of the house to go to an end-of-the-year party and had fallen into the hands of a sexual trafficker, thinking that the woman was going to help her get home. The resulting story ended up in the documentary “I Am Jane Doe,” which can be found on Netflix.

“It was the third link from the top. It had stars and hearts, and it said young and new,” said Pride, describing the ad she had seen while scrolling through Backpage.com, which she had used previously to buy furniture and video games.

When she clicked on the link, it showed sexually suggestive pictures of her daughter. That was when she knew she had to do something. So she purchased her daughter’s “services.”

MA was returned to her mother, who said her child was addicted to drugs and had been stabbed, burned and beaten. As a result of her addiction, her daughter ran away twice more to try and find the pills upon which her body now relied. Both times she was returned back to her mother.

The woman who was trafficking her was arrested and sentenced to five years in jail (not nearly enough in my opinion), but Backpage.com refused to remove the explicit photos of Pride’s daughter. She sued in 2011, but her case was dismissed under the Communications Decency Act, which states that the website cannot be held responsible for what independent users publish on their site.

Backpage.com is home to 80% of the sexual trafficking that takes place in the United States, next to Craigslist. The website had to be shut down in order for them to finally remove the photos of MA.

150,000 young people in the United States are affected by sex trafficking and if they manage to make it out of that lifestyle in anything other than a body bag, the physical and psychological affects last for the rest of their lives.

The site was not happy about having to shutter its “Adult” section and cited a systematic operation of censorship and “extra-legal tactics.”

I’m sorry, but shouldn’t you be pleased that you helped eliminate sexual trafficking of children from your website? It seems something is fishy about how upset these CEOs are about this whole thing.