Despicable: Man Does This to His Wife on Their Wedding Night Because She “Couldn’t Get Her Dress Off”

A wedding day should be the happiest day of a person’s life. But for newlywed Amy Dawson, her dream wedding quickly turned into a nightmare. 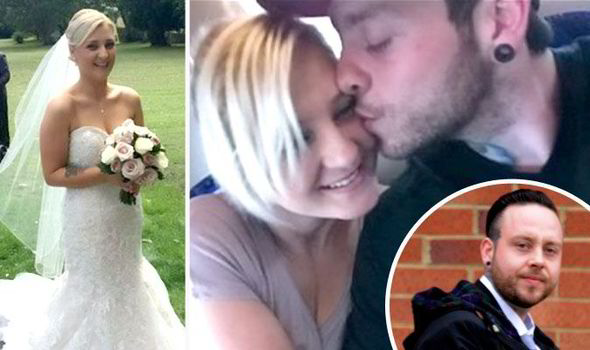 The newlyweds retired to their room after a reception with friends and family following the party at a country hotel.

It was then, only hours after making their marriage vows, that 29-year-old Golightly launched a terrifying attack on his bride when she asked for help in taking her wedding dress off.

The argument broke out after he was unable to help her out of the dress, and he then threw her to the floor before launching the attack that left her with a cut eyebrow and a bruised face and chest.

Golightly claimed that he had been drugged before the attack and could not remember any of the incident, but he later admitted a single count of assault causing actual bodily harm at Peterlee Magistrates Court.

No word on whether or not she’ll now be divorcing the pathetic excuse for a man after this. But it’s also hard to believe that this kind of attack could be made out of nowhere with no warning signs or previous red-flag behavior.