More details are coming to light[1] concerning NFL star Aaron Hernandez’s suicide in prison. It happened just days after he was acquitted over a double-murder case from 2012. He was serving life without parole for the 2013 murder of Odin Lloyd. Hernandez did not have any drugs in his system. However, K2 – synthetic marijuana – was found in his cell along with some homemade weapons. Hernandez hung himself from his cell window after barricading the door to his cell. It’s being reported that he wrote “John 3:16” on his forehead in red marker before he died. He also left strange symbols on the wall of his cell written in his own blood, including the word “Illuminati” and the unfinished pyramid and the all-seeing eye of God.

Hernandez was mentally unstable in my opinion. Probably has been for years. It doesn’t excuse what he did. That was sheer evil, but in the end, I don’t think he could live with himself anymore and saw only way out. He left no suicide note. However, reports surfaced that Hernandez wrote three letters — one to his fiancé Shayanna Jenkins, another to his daughter Avielle and the last to his attorney Jose Baez. Earlier rumors claimed that his last letter was meant for his gay lover. I doubt that one. “Rumors of letters to a gay lover, in or out of prison, are false,” Baez said in a statement, cited by NBC Sports’ Pro Football Talk[2]. “These are malicious leaks used to tarnish someone who is dead. . . . Notwithstanding my unambiguous statement that there were no such letters, representatives, on behalf of an individual named Kyle Kennedy, continues to advise the media such a gay love letter exists. Accordingly, on behalf of the family of Aaron Hernandez, I am reaffirming, unequivocally, no such letter to Mr. Kennedy, or any other individual, in or out of prison, exists. I urge anyone continuing to spread these malicious untruths to cease immediately.” 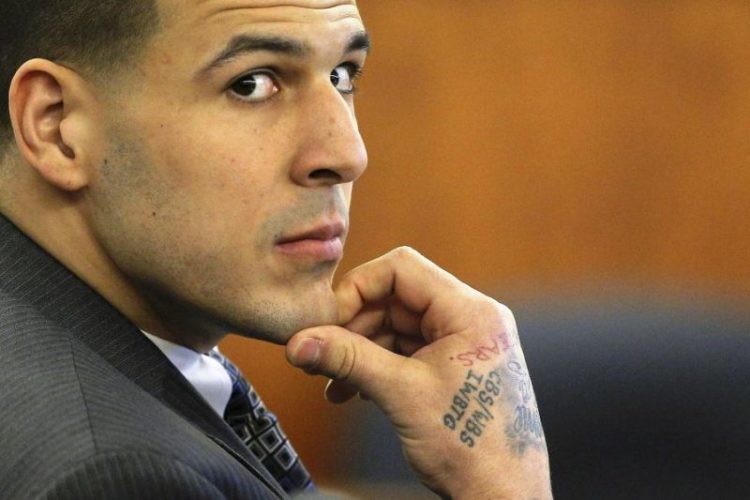 Former NFL star Aaron Hernandez used his own blood to draw “odd symbols” on his prison wall before committing suicide, a new report claimed Saturday. The 27-year-old, who was jailed for life without parole for the 2013 murder of Odin Lloyd, was found hanging from his prison cell window April 19 at the Souza-Baranowski Correctional Center in Shirley, Massachusetts.

According to WCVB-TV, which had earlier claimed that Hernandez wrote “John 3:16” on his forehead in red marker before he died, the American football tight end wrote “Illuminati” in block letters on the wall along with an unfinished pyramid and the all-seeing eye of God, similar to the illustration on the back of the one dollar bill. Another symbol he reportedly drew was an oval with rays coming from its edges.

On Saturday, toxicology report for Hernandez revealed no traces of “K2,” or synthetic marijuana — or any other illegal drugs — in his system, Boston TV station WCVB[4]. The report also added that correction officers found K2 and several homemade weapons during the prison search.

Hernandez’s family is demanding that prison officials who leaked information on his death be fired immediately. “Individuals within the government who are leaking such information are in violation of the policies and procedures of their respective agencies and should be immediately terminated,” attorney George Leontire, the family’s representative, wrote to Worcester district attorney’s office and the state Department of Correction[5], the Boston Globe reported. “Although most of the leaked information is false, the media credits such information because the leaks come from individuals with positions in government and law enforcement who are under your control.”

It has been revealed that in one letter he wrote that he was entering the “timeless realm” and would see them in heaven. Hernandez also wrote that he loved his family and told them not to shed a tear. The state medical examiner has ruled Hernandez’s death as a suicide from asphyxia by hanging.

Hernandez’s estate is worth nothing whatsoever. It’s also stated that there are “no monies available and no identifiable personal assets.” However, they received an offer for their mini-Massachusetts home. It’s a tragic end to a career that was a dream for any player. The family says most of the information being leaked is false and it is meant to smear Hernandez. I think he did that all by himself. But I do find it rather convenient this information was leaked the minute the prison was questioned on whether this was an actual suicide or a murder. Interesting. Hernandez showed no suicidal tendencies before killing himself either. In John Hawkins’ New book, ‘101 Things All Young Adults Should Know’[6], he teaches in chapter 85 of the book, “You are not a victim.” But in this case Hernandez was a victim of his own demons. 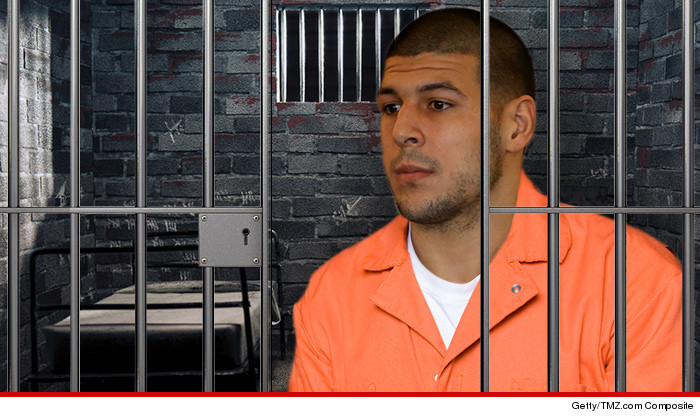