Detroit Doctor May Have Performed A Hundred Female Genital Mutilations

This is why Shariah law[1] should not be allowed in the United States – EVER. Dr. Jumana Nagarwala in Detroit, Michigan is now being accused of conducting over a hundred genital mutilations on little girls in the name of Allah. If that isn’t child abuse, I don’t know what it is. It is torture and some of these girls don’t survive this barbaric practice. Imams use the excuse for doing it that it keeps girls from becoming hyper-sexual. They have parts of the clitoris and labia removed at a young age which prevents them as adults in ever enjoying a normal sexual relationship with their husbands. It’s straight out of the dark ages.

This doctor pleaded not-guilty in court. She was originally charged with doing this abomination to two girls, which included six criminal counts, including a conspiracy to transport the victims across state lines from Minnesota. Dr. Fakhruddin Attar and his wife Farida, who own the clinic where these procedures took place, are also being charged. The two girls in question are seven years-old. I’m betting it was way more than one hundred cases and I also believe this is now happening in various locations across the country. 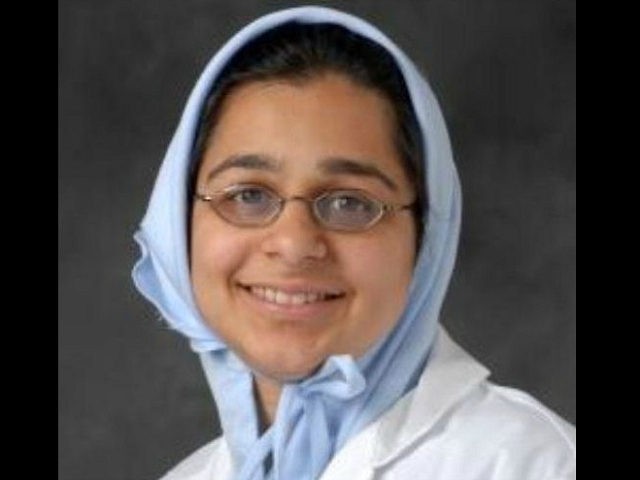 The federal prosecutor on the case of Dr. Jumana Nagarwala of Detroit dropped what the Detroit Free Press describes as a “bombshell” in court hearings on Wednesday by estimating that “as many as 100 girls may have had their genitals cut” by the doctor.

The original allegations against Nargawala, who entered a not-guilty plea, involved two girls and six criminal counts, including a conspiracy to transport the victims across state lines from Minnesota. The owners of the clinic where the genital mutilations were performed, Dr. Fakhruddin Attar and his wife Farida, have also been charged in the case. The victims were seven years old.

Federal authorities have so far identified six other victims of the operation. Most of the families involved are facing custody termination proceedings for subjecting their children to female genital mutilation, as are Dr. Nagarwala and her husband.

Assistant U.S. Attorney Sara Woodward reportedly stunned the court by relating an estimate from the federal government that Nagarwala and her accomplices may have performed female genital mutilation on up to a hundred girls over the course of 12 years. She revealed the information in an unsuccessful attempt to convince U.S. District Judge Bernard Friedman to deny bond to the defendants.

The feds have identified six other victims and proceedings are moving forward to have them removed from their parents’ custody. That’s appropriate in this situation. The mutilations with this so-called doctor are believed to have spanned 12 years. Judge Friedman granted these monsters bond on the condition that they surrender their passports, remain under house arrest with GPS monitors and communicate with no one except their families and legal teams.

“Due to the secretive nature of this procedure, we are unlikely to ever know how many children were cut by Dr. Nagarwala. The Minnesota victims were not the first victims,” said Woodward. That’s definitely the case here. The Islamic ummah is very secretive about this practice. As I pointed out, the judge says that 100 victims may be a very conservative estimate here. Attorneys for the defendants are claiming this is a religious procedure and is protected under freedom of religion in the Constitution. No, it’s not… no more than human sacrifice is. Let’s just bring back the Aztec religious practice of cutting out hearts for their God. And I guess throwing gays off buildings is a religious practice too. Our Constitution guarantees freedom of religion, but not when a crime is committed.

The Attars belong to an Indian Shiite Muslim sect called the Dawoodi Bohra, which has been denounced for its practice of female genital mutilation in India. About 125 families are said to belong to the Bohra mosque attended by the Nagarwalas and Attars. The mothers lie to their children, telling them it is a special trip, so they will not be terrified until the time of the procedure – then it is too late. The case against Nagarwala and the Attars is the first prosecution of female genital mutilation in the United States. Nagarwala, a Johns Hopkins graduate who worked as an emergency room physician for the Henry Ford Health System, was fired from her job after she was arraigned on the FGM charges, which could put her in prison for the rest of her life. Oh, and I hope they do. This is Shariah law and should not be allowed here in America. 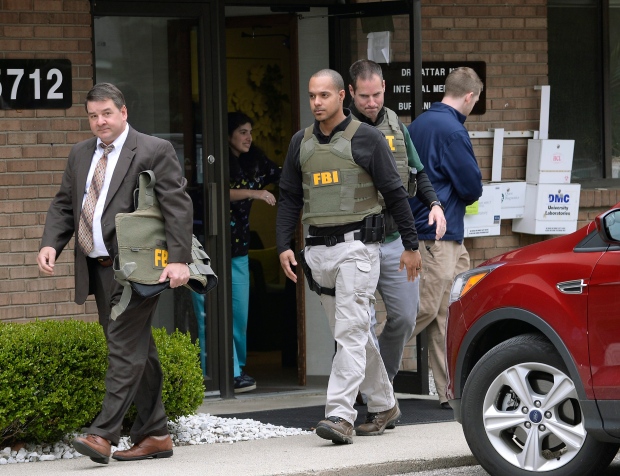