He Didn’t Murder Her, He Only Pulled The Trigger

When is murder not murder? When liberals obsessed with moral relativism say it isn’t, of course! So Ronald King might just be able to get away with murdering his wife, Rita — it was really an act of love… get it?? 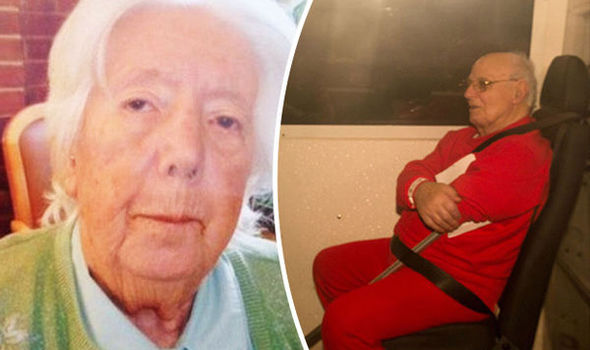 A one-armed pensioner who shot his dementia stricken wife in a care home said he was ‘dying anyway’ moments after pulling the trigger, a court heard today.

Chelmsford Crown Court heard today that Mr King was ‘devoted’ to his wife of 50 years and had kissed her goodnight in the days before the killing.

The couple had enjoyed breakfast together moments before Mrs King was shot at point-blank range in the lounge of the home, where King was staying with his wife for the week, it was heard.

Giving evidence today, a care worker described how King said he was ‘dying anyway’ as he was disarmed by another employee. He later admitted to police that he had killed his wife.

The jury was also told that while Mrs King had suffered from dementia for a number of years, she was still capable of making simple decisions and looked forward to visits from her husband.

King allegedly shot his wife with an antique revolver he had taken from his father-in-law as she sat in a wheelchair in the lounge of the care home before turning the gun on himself.

… The prosecution argued that Mrs King’s mental state had deteriorated so significantly that she was in no condition to ‘enter into what is commonly known as a suicide pact’.

Mr Jackson said the case was ‘extremely sad and tragic’ and that there is ‘no doubt that prior to the killing Mr and Mrs King had been a devoted couple.’

He said: ‘Ronald King admitted that he shot his wife dead, there is no dispute about that. In a taped interview in the presence of an independent person he admitted to police that he did that.

‘The prosecution puts forward that this amounts to the offence of murder.’

He continued: ‘He has been charged with murder of his wife to who he was devoted to for many years, however Mrs King was being cared for and looked after by the staff of De La Mer House.

‘It is a terrible tragedy since even though although she suffered from dementia for a little over two years she still knew and recognised her husband and looked forward to his visits, that made her happy. She was able to make to simple choices and her life was ended prematurely.

‘Many people have to and do cope the consequences of a loved one suffering from dementia. People express this by loving and caring and by expressing these emotions, wether that is at home or in a care home.

‘Tragically say the prosecution that Mr Ronald King took a different and wholly unlawful approach to take his wife’s life at a time when she looked forward to seeing him.’

King was originally from from North-east London before moving with his wife. The couple had no children but King was one of 15 siblings.

King denies murder but admitted possession of an illegal firearm and ammunition. The case, which is expected to finish next week, continues.

Here’s the question: if euthanasia is legal because people are deemed to be “suffering”, then how can we turn around and say that what King did was wrong? This is what happens when we buy into a culture of death. Suddenly, murder becomes acceptable and people will inevitably make excuses for taking lives.