DISGUSTING Woman Guilty Of Producing Illegal Pornography, Worst Part Is WHO She Used In Her Films!

There are stupid people out there who apparently believe it’s not exploitative child pornography so long as it’s their own children being exploited.

And said stupid people inevitably find out that their impressions are incorrect.

Take this depraved simpleton, for example[1]… 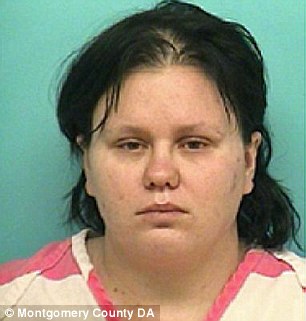 A Texas mom pleaded guilty on Wednesday to producing child pornography featuring her own young daughters.

Vanessa Patricia Ganung, 31, was sentenced to 40 years behind bars on Wednesday for producing child pornography with her biological daughters who were aged five and seven at the time.

Ganung was arrested in 2013, and police say she not only took photos and videos of her daughters exposing their genitals and performing sexual acts, she also sent the illicit images to an adult male, according to KHOU.

Had Ganung not accepted a plea deal she would have been subject to life in prison.

She’ll be 71 when she gets out, and her children likely won’t know her at all. Which is a good thing. There aren’t a lot of ways to inexorably fail as a parent, but recording your five-year old daughter performing sex acts is certainly one.