I have never seen so many red flags in one place, except maybe China. Seriously, everything about this screams “sketchy,” but apparently people weren’t deterred.

One woman is dead after receiving a butt injection from a phony doctor. While this may seem like something that could conceivably happen, you’re going to realize shortly that this entire situation could have been avoided if she had simply used her common sense. 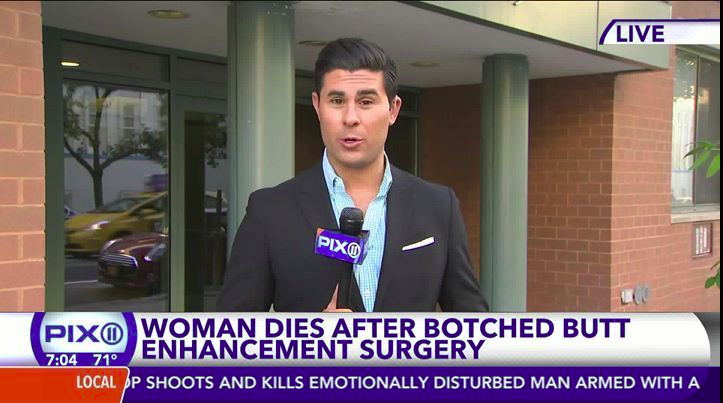 First, let me add a disclaimer: Don’t take anything I’ve already said or anything I’m about to say as me not thinking this woman, a 31 year-old Harlem resident Latesha Bynum, and her family don’t deserve justice. There is a fake doctor running around mutilating and killing people as a way to make a quick buck and that guy (or gal, I’m not sexist) needs to be brought down as quickly as possible. That being said, the use of critical thinking skills could and would have prevented a lot of these injuries from taking place.

Red Flag #1: The “doctor” used the nearby Dunkin’ Donuts coffee shop as a waiting room. Most waiting rooms have coffee, but if that’s actually their business, you need to start asking yourself some questions and most of those questions should revolve around the legitimacy of the people and practice involved.

Red Flag #2: A nurse would come and fetch the patients, taking them back to the apartment where the procedure would be conducted. Read that sentence again and notice that I put emphasis on the location of the surgery. Most medical procedures take place in a sterile facility to minimize your chance of infection. There’s a reason doctors don’t make house calls anymore, because they can’t assure the sanitation anywhere outside of their own clinic/hospital.

Those two things right there should have set off every warning bell that Bynum possessed and prompted her to run for the hills, but unfortunately she didn’t. Two weeks after receiving the injections, Bynum passed away[2].

“These phony doctors prey on unsuspecting women, promising that they will make them look like Kim Kardashian and other desirable celebrities,” the attorney, Jack Yankowitz, said in a statement. “Instead, these women end up with gross, debilitating deformities, amputations and, in the worst cases, death.”

The police are still trying to track down the criminal responsible and they are fairly confident that an arrest will be made in this case.

If they tell you to wait down the street at the coffee shop, they’re probably not actual professionals.