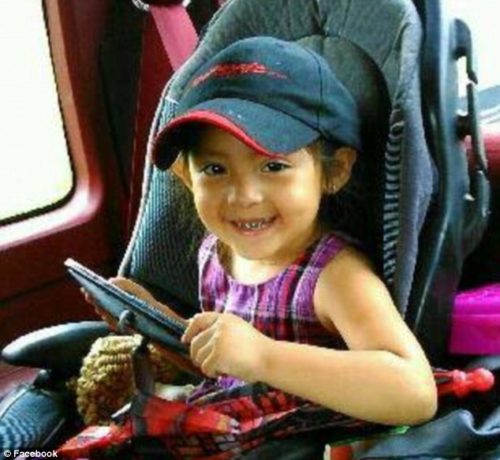 What does a woman who has just brutally murdered[2] her own five year-old daughter look like? Contrite? Sad? Devastated? Shell shocked? How about smiling? Yes, that’s right, 24 year-old Krystle Villanueva stabbed and killed her beautiful daughter and when it was time to get in front of the camera for her mug shot, smiled like she was on the red carpet instead of like she just stained the carpet red with her own child’s blood.

The police found her showering, no doubt to get the blood off. She has been charged with capital murder for the killing of Giovanna Larae Hernandez, a little girl who had no idea her life was about to end when her mother walked into her bedroom with a large kitchen knife. Villanueva’s father-in-law, Mr. Arellano-Uresti, attempted to stop her from killing his granddaughter, but she stabbed him too, and threatened him with what we now know was an unloaded shotgun and he was unable to save the little girl. She has been charged with assault for the attack on the father-in-law. Her bail is set at $1.1 million dollars and she is currently being held at Hays County Jail 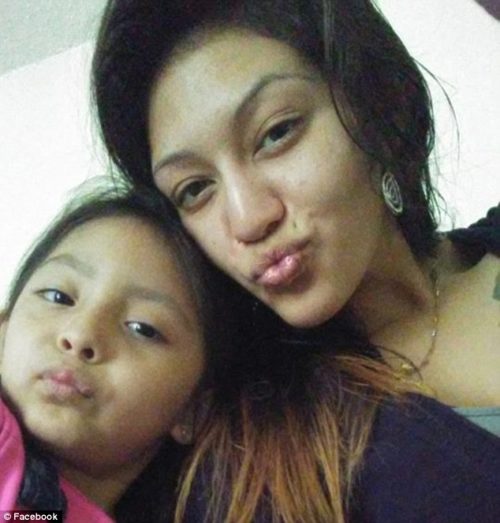 Villanueva is a drug addict who has been in and out of rehab in recent years. No toxicology reports on this crime are in yet. But no matter what they say, there is no valid excuse or condition to explain a woman who kills a five year-old with a butcher knife. She will likely get life in prison, which is more than she is worth considering her daughter doesn’t got to have life at all, or she could get the death penalty.

Villanueva’s Facebook profile says: ‘The most important things to me in life is family and succeeding in life but especially my daughter Giovanna La’Rae. I’d do anything in the world for this chick.’

Apparently, “anything in the world” includes murder. That 5 year-old girl deserved better than this despicable woman. And cold blooded killer Villanueva deserves nothing less than the death penalty. Rest in peace Larae. You will be missed by those who love you. 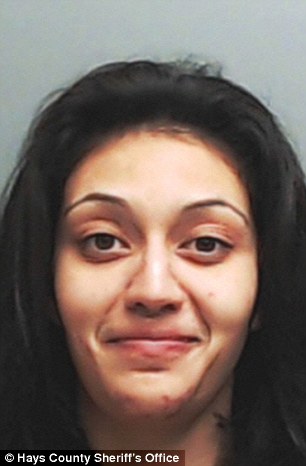