Drunk Kills Her 14 Yr-Old Sister While Live Streaming During Car Crash: ‘I killed my sister, but I don’t care’ [VIDEO]

Obdulia Sanchez from Stockton California[1] posted an incredibly awful video to Instagram that shows a wreck she was just in, her dead 14 year-old sister and her saying she was dead and she didn’t care. She’s 18 years-old and a stone cold sociopath. She live-streamed the whole thing. She was driving under the influence when it happened. She must have been plastered out of her mind. She kept saying she loved her sister, but didn’t care that she killed her. Talk about messed up. Her sister died at the scene after Sanchez rolled the car over a barbed wire fence.

Her little sister Jacqueline wasn’t wearing a seat belt and that sealed her fate. Obdulia is now being held in jail on charges of vehicular manslaughter while under the influence and DUI. She’s going away for a very long time and her life is pretty much over. The video below is graphic and disturbing, so you’ve been warned. The footage ends with her kneeling next to her dead sister and saying: “Wake up baby, I’m f**king sorry baby, I did not mean to kill you sweetie.” 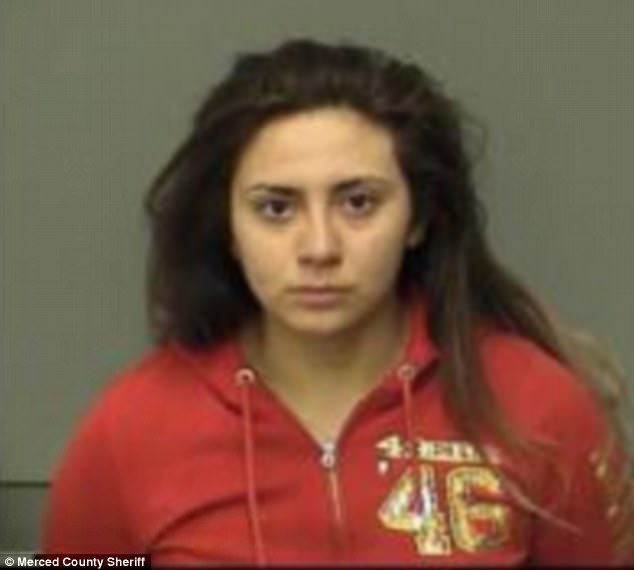 An 18-year-old woman has been arrested after crashing her car and killing her 14-year-old sister, a moment she live streamed to her Instagram account.

Obdulia Sanchez, from Stockton, is accused of driving under the influence during the deadly incident in Los Banos, California on Friday.

Her younger sibling, Jacqueline Sanchez, died at the scene and authorities are now looking into the graphic video that they believe shows the deadly events unfolding.

The live Instagram footage shows Obdulia talking to the camera as she drives normally and the moment the car rolled over a barbed wire fence and onto a field.

Gory visuals from the scene then show Jacqueline’s body strewn on the floor, the other girl in the car waving for help and Obdulia talking to the camera.

During the live recording Obdulia said: ‘Jacqueline, please wake up. I f****** killed my sister, OK? I know I’m going to jail for life. I love my sister… this is the last thing I thought was going to happen to us.’

The 14 year-old was thrown through the back window of the car as it rolled into the field. Another girl, who police have not named, but confirmed she was a minor, was also not wearing a seat belt and suffered major leg injuries in the crash. Of course, the driver seems pretty much unharmed.

They were about 120 miles outside of San Francisco when Obdulia veered onto the right shoulder of the road. She over-corrected, causing the vehicle to swerve across both lanes and then crashed through a wire fence and flipped into a field. Obdulia was wearing a seat belt and suffered minor injuries.

Obdulia was detained at the scene of the crash after getting combative with officers. She’s now sitting in jail where she belongs. She suddenly started screaming that her sister was dead. I guess it finally sobered her up.

Sunday would have been Jacqueline’s 15th birthday. Instead she’s dead. At first, authorities didn’t know if the footage was real, but unfortunately, this time it was. What a waste. 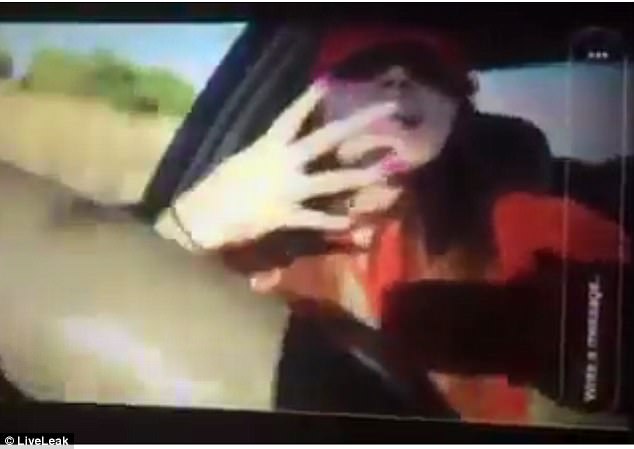 The driver filmed herself singing and gesturing to the camera before the deadly crash. 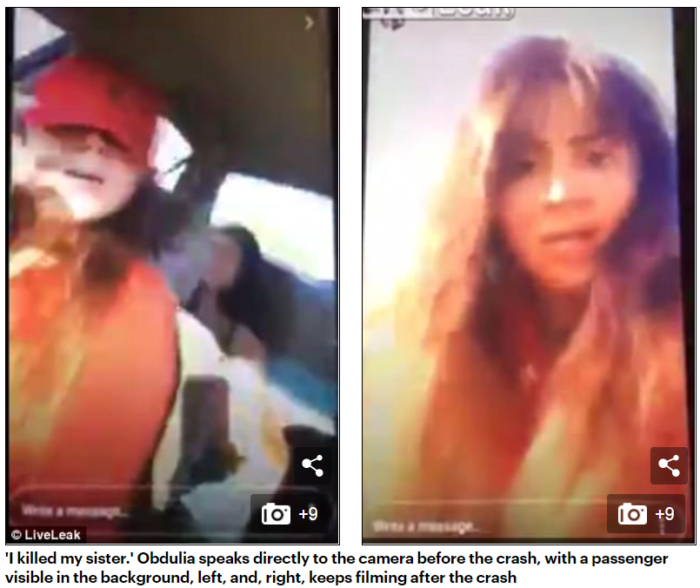 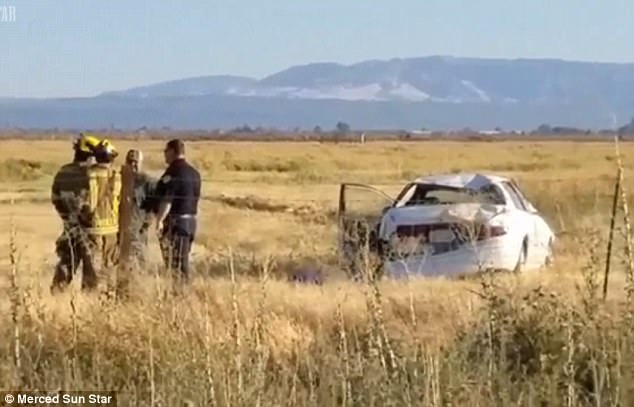 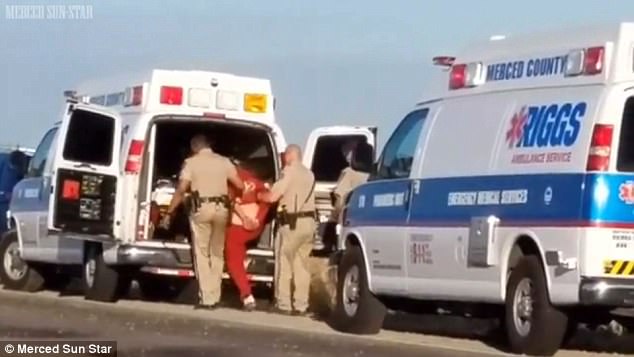 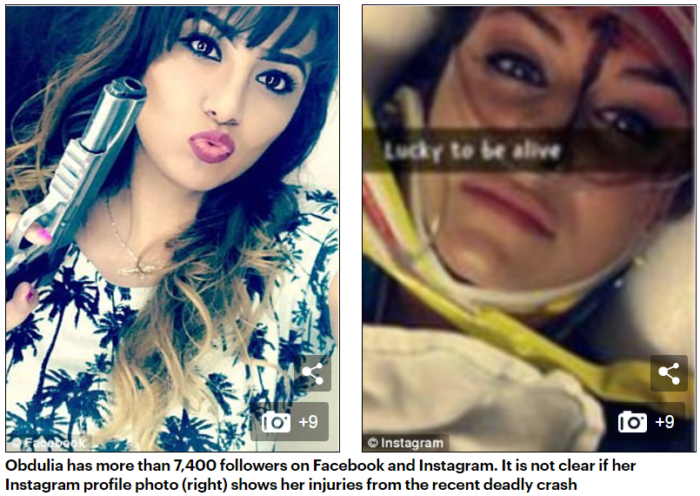 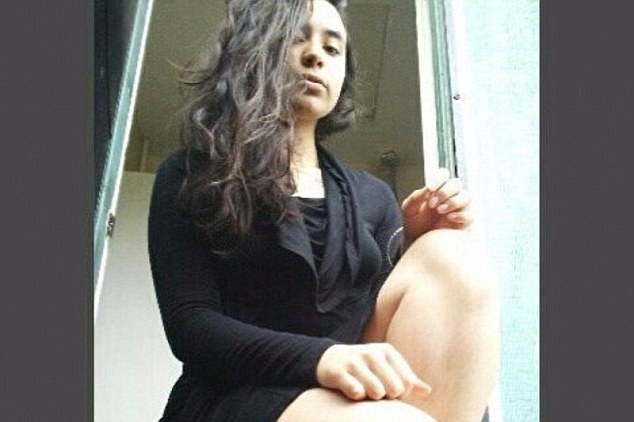