FBI HEARING BOMBSHELL: ‘Punishable By a Felony, Up to 10 Years in Prison…’

James Comey continues to testify before Congress and while Democrats are focusing on the alleged relationship between the Russian government and the Trump campaign last year, there’s another big issue being discussed: whether or not Barack Obama wiretapped Trump Tower. And Trey Gowdy just dropped a bombshell[1]. 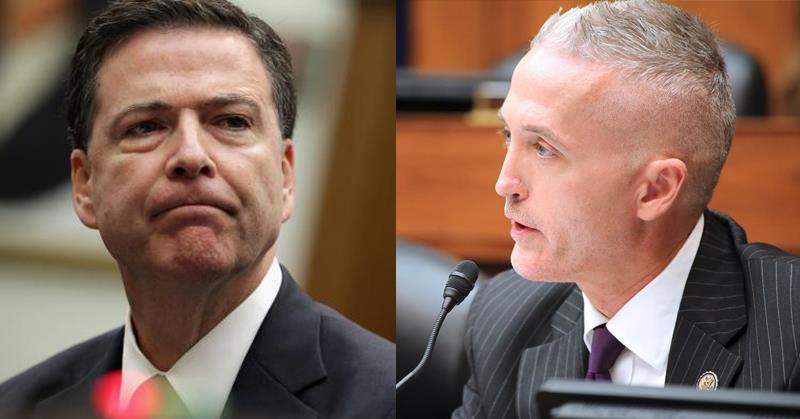 If an agency wants to get intelligence on an investigation, they must first obtain a FISA warrant from the Foreign Intelligence Surveillance Court. Gowdy started by asking if FISA was “critical to our national security;” Comey answered yes. He then asked if the “unauthorized dissemination” about a FISA warrant was a crime; Comey again said yes. Then it got interesting.

“Has the investigation into the leak of classified information begun yet?” Gowdy asked. Comey sidestepped the question, refusing to comment.

"Unauthorized dissemination of classified or…legally protected material punishable by a felony up to 10 yrs in federal prison." –@TGowdySC[3] pic.twitter.com/L8cBcMRxsS[4]