First She Stabbed Her Father-in-Law to Death, Then She Did This

People commit horrific crimes every day — it’s the sad reality of the fallen world we live in. But not many of them then decide to brag about it on social media afterwards. 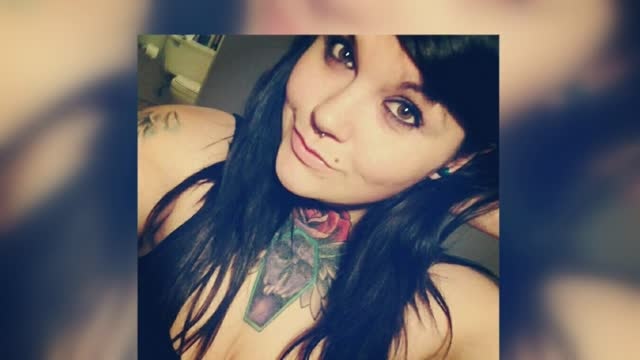 Friends of Amanda Taylor were shocked to the core when they read her graphic Instagram post in April 2015. They knew Amanda, 24, had been going through a tough time since the tragic death of her estranged husband Rex, but her chilling words were truly disturbing.

“Everything I did was for the right reasons. I stabbed my father-in-law to death because he destroyed my husband…” she wrote. “I wasn’t the perfect wife but this was one last good thing I could do.”

It seemed unbelievable that someone would confess to a brutal murder on social media, especially as Amanda was a mum to two young children. But the widow followed it up with a post on her Facebook page saying, “I proudly did this for Rex.”

When police discovered Amanda’s father-in-law Charles Taylor, 59, stabbed to death, a massive manhunt began. Amanda was on the run and threatening to end her life to be with Rex. Through social media, Amanda was about to show the world just how dark she really was.

Despite their devotion to each other, Rex was battling with addictions and depression. Amanda blamed Rex’s dad Charles for introducing his son to prescription drugs when he was just 15.

As Rex’s addictions got worse, Amanda told him she didn’t want drugs around her children and the pair separated in April 2014. Rex moved back in with his dad – by the August he was dead. He’d hanged himself in a shed on his son’s seventh birthday.

Amanda was devastated. She’d had a tough upbringing; both her parents had spent time in prison, but the suicide pushed her to the edge and she decided Charles was to blame for Rex’s suicide.

Amanda and Rex were born on the same day, March 27, and on their joint birthday in 2015, Amanda went to Rex’s graveside and tried to take her life. She survived and checked herself into hospital to get help – but despite her own protests, and objection from her mum, Amanda was released on April 1.

Three days later, Amanda went to the home of Charles with her friend Sean Ball. Charles was due to give her money for the kids for Easter but instead, Amanda stabbed her former father-in-law to death as he sat on the sofa. She made sure it happened at exactly 3.27pm to symbolise the birthday she’d shared with Rex – 3/27.

… On Facebook, Amanda said, ‘I proudly did this for Rex. I love my children but Charlie killed my husband.”

… She posted a goodbye message on Instagram next to a picture of a silver revolver on her lap. “Alright… it’s about that time. I’m going to go find my husband in Hell & finally be at peace,” she wrote. “I love you mom & my beautiful crazies, I know you’ll give them the life I just couldn’t after everything… I can’t apologise ’cause I’m finally going to be free.”

Sean was found by the side of a road with life-threatening injuries. It’s alleged Amanda turned on her partner in crime, shot him and left him for dead. As he was rushed to hospital, police were able to throw spikes across the road in front of Amanda’s moving car. It punctured her tyres and she was arrested in North Carolina.

At the trial in November 2015, the jury heard that Amanda had stabbed Charles 31 times with a bayonet-style knife and had aimed for his face and chest. The medical examiner said 11 of the stab wounds had the potential to be lethal on their own.

It was revealed Amanda had taken a selfie at the scene with the bloody knife and the body of Charles behind her. It was never released to the public.

Amanda smirked through the trial, even as the interview she’d given to a reporter was played admitting she’d “wanted to watch him die.” “I was excited,” she was heard saying. “I know it sounds bad, but I was really excited.”

This is clearly a sociopath. The depth of her depravity is truly disturbing.