Flight Attendant Sees a Dirty Girl On Plane, Horrified By What’s In the Seat Next to Her

Being a flight attendant means having to deal with all manner of people, which apparently comes in handy. When working on a flight in 2011, Sheila Frederick noticed something unusual about a girl on the plane[1] — and by following her instinct, she may have saved the girl’s life. 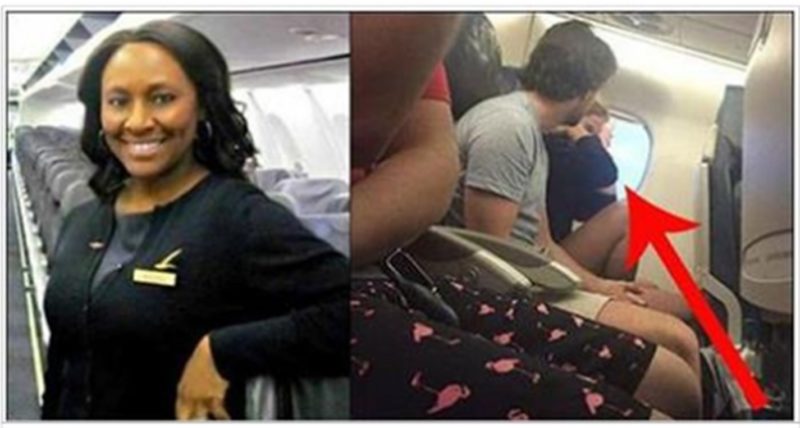 Frederick noticed that the girl, who looked dirty, was sitting with a man and both were acting strangely. The man answered every question for the both of them and the girl refused to look her in the eye. “He was well-dressed, that’s what kind got me because why is he well-dressed and she is looking disheveled and out of sorts,” Frederick said. “Something in the back of my mind said something is not right.”

So, Frederick acted on her instinct. When the opportunity came up, she managed to quietly tell the girl to go to the bathroom. When she did, the girl found a note from Frederick written on the mirror and the girl wrote back. “She wrote on the note that she needed help,” Frederick recalled. So Frederick told the pilot, who then notified authorities. It turns out that the girl was a victim of human trafficking.

It turns out that flight attendants are specifically trained to spot signs of human trafficking, training that Frederick evidently took to heart. “I’ve been a flight attendant for 10 years and it’s like I am going all the way back to when I was in training and I was like I could have seen these young girls and young boys and didn’t even know,” she said. “If you see something, say something,” she concluded.

Since then, Frederick has kept in touch with the girl, who is now attending college and whose life arguably was saved by Frederick. Kudos to her for going above and beyond, and being unafraid to do the right thing.