At some point one would suspect this guy would just end up getting shot[1] by one of his victims, and perhaps it’s surprising it hasn’t happened yet. 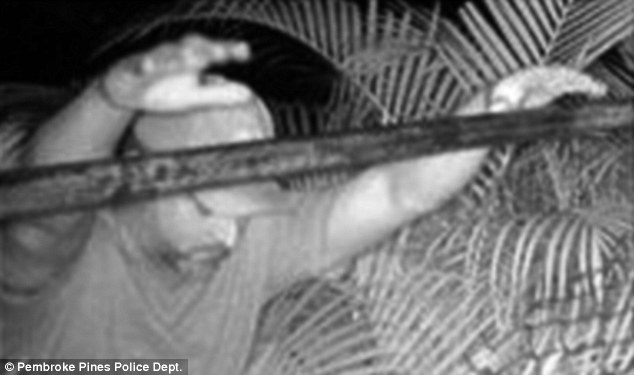 In a desperate bid to catch a peeping Tom who has been stalking women for years, a Florida police department has released a series of still frames from surveillance video showing the suspect in action.

The suspect, who has struck 25 times at eight homes since 2013 and has used a slingshot to break windows on occasion, ‘poses a threat to the community and needs to be identified’, police said.

In order to help catch the peeper, some of the victims were interviewed by the media on Tuesday.

‘I looked outside and saw him pleasuring himself,’ said one victim.

Another added: ‘I plan on using a weapon if this perpetrator comes into my home, absolutely.

‘This really has taken a toll on my everyday livelihood. I am completely violated.’