This is just a horrifically savage crime[1] and it happened in Queens. A 50 year-old mother of two goes to church there in that neighborhood four times a week. She’s done that for over ten years. The other night she left as she usually does and started to walk to the subway. A pack of four wolfish young men stalked her. One broke off to be the lookout. Another approached her and pulled a gun on her. He demanded all her money. The woman only had six dollars. He said it wasn’t enough and she would have to pay another way. That’s when her real nightmare began.

The thug forced her over behind some dumpsters. He didn’t realize there would be surveillance video of the entire incident. He told her to strip. She said, “What, right here in the middle of the street?” And he made her do it. Two of the other guys joined him and they proceeded to force her to perform oral sex on them, then they raped her. They also beat her viciously. It’s a wonder they didn’t kill her.

After this happened, she ran half-naked back to her pastor and he called the police and took her to the hospital. The police have now arrested three of the four animals who did this. The suspects in custody are Julisses Ginel, 19, Justin Williams, 17, and Brandon Walker, 20. One of them reportedly said he didn’t deserve to pray. The victim will need to ID them from a lineup and testify against them. I hope every one of them goes away forever for this crime. All three men have been charged with a first-degree criminal sexual act, robbery and first-degree sexual abuse. Their bail was set Friday at $500,000 bond/$250,000 cash bail on the sex charges and $50,000 bond/$25,000 cash bail for the robbery. These men were all living in a homeless shelter when they did this. 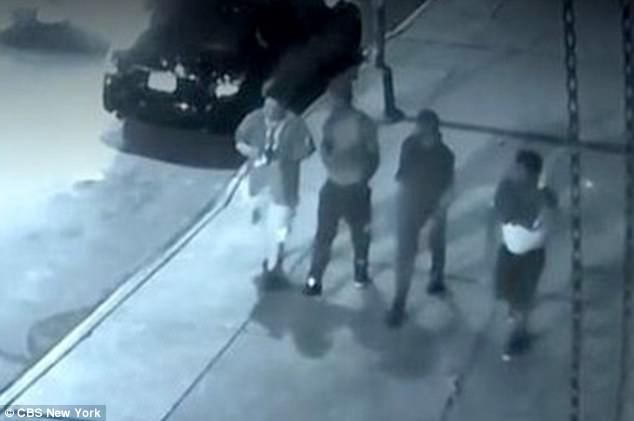 Prosecutors on Friday described how a group of thugs with a “pack-like mentality” set upon a defenseless churchgoer in Queens[4] — with one of them serving as a “lookout” so his buddies could sexually assault her.

“The crimes that the defendants are accused of committing that night are despicable and are deserving of significant punishment,” District Attorney Richard Brown said in a statement. “Two of them are alleged to have subjected her to heinous acts of sexual abuse.”

Brandon Walker, 20, Justin Williams, 17, and Julisses Ginel, 19, all of South Road in Jamaica[5], were arraigned Friday as cops continued to search for a fourth suspect who allegedly took part in the attack.

“It is alleged that with a pack-like mentality the defendants and an unapprehended fourth man set upon a defenseless woman coming from church,” Brown said. “In addition, two of the defendants allegedly held up three innocent men at gunpoint the following evening and robbed them of their personal property.”

The pack of hyenas that attacked this woman had fake guns and told her that if she didn’t do what they wanted, they would kill her. Her pastor said, “She was crying. She was scared, she was crying. She was just crying like a baby, we couldn’t control her.” She tried to scare off her attackers by telling them she was HIV-positive. They handled that problem by having the lookout run to get condoms.

The day after this happened, the poor woman went back to work. She has to feed her children. I can’t imagine how she coped after the attack. She’s afraid to go back to her church now. You can hardly blame the woman. NYPD officers were able to recover at least one condom at the scene and are processing it for DNA. They are also testing the woman’s sweater for potential evidence. She didn’t know any of the men and they weren’t from her church.

The night before they did the unspeakable to this woman, this same gang held up three men and robbed them. Sadly, this is getting more and more common out there. Our culture is devolving into crimes of opportunity all over the place these days. This poor woman was in the wrong place at the wrong time. It was a random, violent attack of convenience. 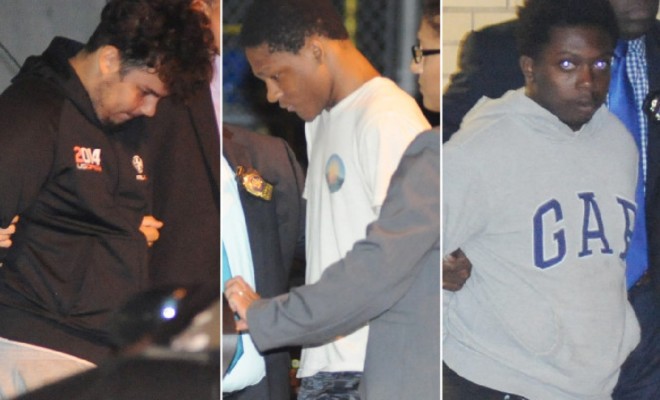 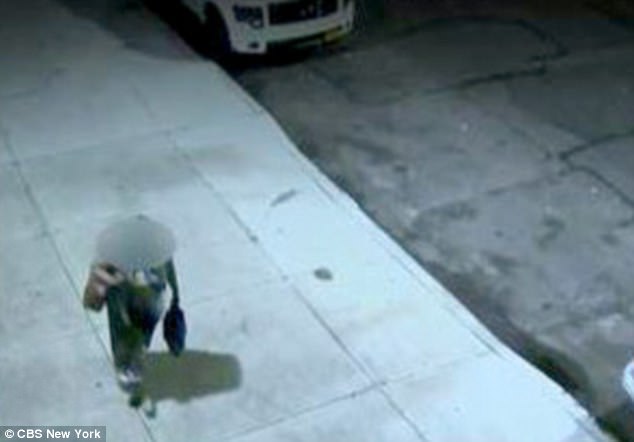