I have never been part of high society and I have been thankful for that small blessing my entire life. I view all people as the same until they prove otherwise. That proof for a woman named Sally Quinn just surfaced and it is dark and evil. She is the widow of Ben Bradlee, the Washington Post’s powerful executive editor from 1968 to 1991, who then served as the paper’s vice president until his death in 2014.

This power couple ruled the social scene in Washington, DC for nearly 50 years. They were hailed as the New Camelot. In fact, Bradlee had his career take off because of his friendship with John F. Kennedy. They decided who was ‘in’ and who was ‘out’, as if they were royalty and I guess in a way they were. They are the epitome of the elite… they are the very face of the Ruling Class in America. These are the people who have weaponized the media against middle America, against conservatives and Christians, against you and me. 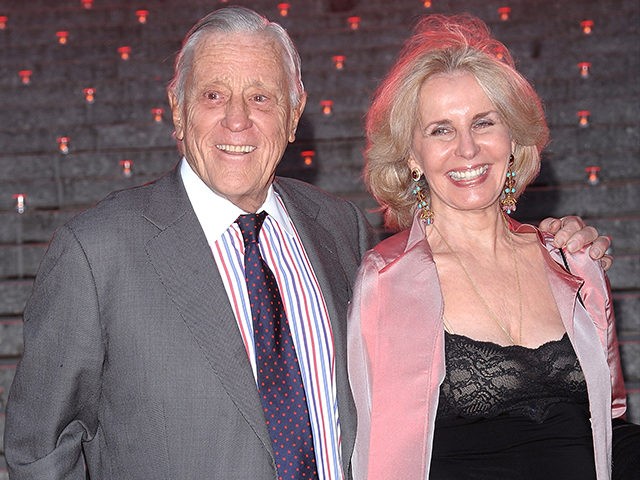 It turns out that Sally Quinn is an occultist. I would never have believed it, but it is evidently so. According to her own memoir, she is a witch and has murdered three innocent people by way of a hex. One was a young woman who committed suicide after flirting with Quinn’s boyfriend at the time. Another was a magazine editor who published an unflattering profile of Quinn… he died of cancer decades later. Last but not least, her last victim was a psychic who died of a cerebral hemorrhage before the end of the year after telling Quinn something she did not want to hear. I have no idea what that was.

Now, I’m not sure I buy the whole ‘hex’ thing. But I do know the power of suggestion is very powerful. So is hatred and persecuting others you don’t like when you wield the kind of power Quinn does. Who knows? Either she’s delusional, insane and needs to be locked up, or she’s deeply evil and needs to be put down. Maybe both. The media is spinning it as her journey from atheism to magic in her quest for spirituality. I call it all kinds of wrong.

Quinn practiced the occult in the darkest ways possible into adulthood. She finally stopped, but not because she felt guilt or remorse: “She outs herself as a believer in the occult and as an erstwhile practitioner of voodoo … [and t]he book is awash in tales of Quinn’s occult prowess—she wants people to take this seriously, or at least to believe she takes this seriously. At the very least, she scared herself so badly when her third curse hit its mark—prompting a panic that her previous hexes had been karmically responsible for her son’s illness—that she vowed never to dabble in the dark arts again.” Gee, didn’t Hillary Clinton just discuss voodoo dolls and getting back at Comey, Trump and Congress for coming after her on her email scandal? What are the odds?

Quinn also plotted to break up Bradlee’s marriage (which she did) and used the threat of adultery to bend Bradlee to her will. Just as disturbing as these actions is the way the Washington Post outs them. in the Outlook section under the matter-of-fact headline, “Sally Quinn’s hexes, marital ultimatums and visceral love of her son,” they casually tell of Quinn’s occult endeavors. The piece was written by Connie Schultz and she had an odd criticism of Quinn: “Had Sally Quinn stayed true to the promise of her book’s whimsical title, “Finding Magic: A Spiritual Memoir,” she might have led readers on a journey of self-exploration as she shared her stories of hope and the many faces of faith in the aftermath of despair.”

This comes out and no one bats an eye over it. Call me crazy, but a powerful socialite who controls one of the biggest media outlets in the US coming out as an occultist is a bombshell. It’s discussed as casually as plastic surgery or sex. This same Ruling Class jokes about hexing President Trump as well. There has been all sorts of rumors in the media about those in DC, especially on the left, who are involved in witchcraft and occultism. Most of them I discount. But as more and more is admitted like this about Quinn, you start to wonder.

With all the character assassination, the stoking of racial conflict, the hate campaigns, the advocating of violence, the unending cultural bigotry and the communist agendas, I find myself wondering if all that goes on among the elite goes well beyond corruption and into much darker realms. In my opinion, there is no doubt these people are evil. But coming out of the demonic closet is something else. SMH.