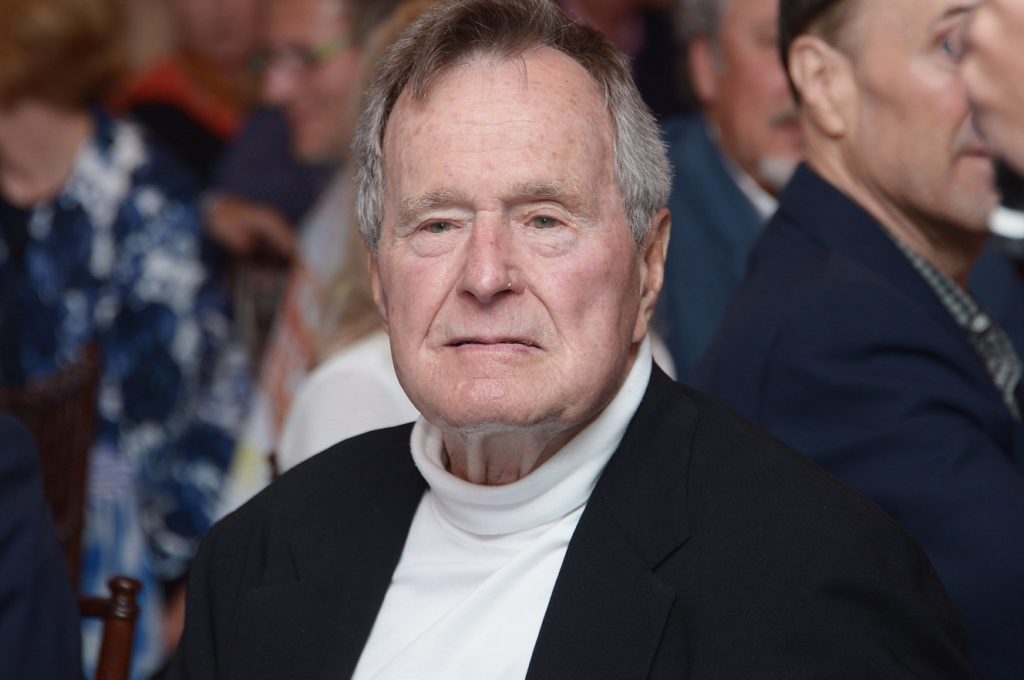 Another woman has now come forward to the media alleging that she was groped by President George H.W. Bush when she posed with him at an event in 2014.

The novelist, Christina Baker Kline, is now the third woman so far this week to allege assault, writing in Slate magazine that she was “inappropriately” touched three years ago in April at a Barbara Bush Foundation for Family Literacy fundraiser.

Before posing for a photo together, Bush allegedly asked her: ‘You wanna know my favorite book?”

When she responded positively, he said it was “David Cop-A-Feel” (David Copperfield, get it?) and squeezed her butt just as the photographer with them took their photo. She said that she then “swiped his hand away” on instinct.

I’m a bit mystified. Using social media instead of going to the police for sexual assault or harassment won’t do you any good. Modern justice isn’t perfect, but it’s the best thing we all have and if you really want justice, you’ll go to the police. I’ve enjoyed working with seniors and the occasional off-color joke or pat is nothing new especially with the over 90 crowd.

“To try to put people at ease, the president routinely tells the same joke — and on occasion, he has patted women’s rears in what he intended to be a good-natured manner. Some have seen it as innocent; others clearly view it as inappropriate. To anyone he has offended, President Bush apologizes most sincerely.”

At 93, he is confined to a wheelchair and is unable to reach above his shoulder’s height, which puts his hands near everyone else’s waist height. So far, Barbara Bush has no comment on the allegations.

Kline said that she stayed quiet despite Bush smiling “like a mischievous boy” and wants us to feel terrible for the fact that she struggled to keep a smile on her face for the picture. Her husband was on the other side and was not made aware of the incident. Kline blamed her then-recent fight with breast cancer for her lack of desire to bring attention to herself by bringing up the allegation then.

A few days ago we wrote that George H.W. Bush responded to another sexual harassment claim.

“President Bush would never – under any circumstance – intentionally cause anyone distress, [2]and he most sincerely apologizes if his attempt at humor offended Ms. Lind [the actress in question].”

Of course, who cares about medical problems and old age when there are mean jokes to make?