Girl Live-Streams Horrific Moment She Killed Her Own Sister: ‘I Killed My Sister, but I Don’t Care’ [VIDEO] 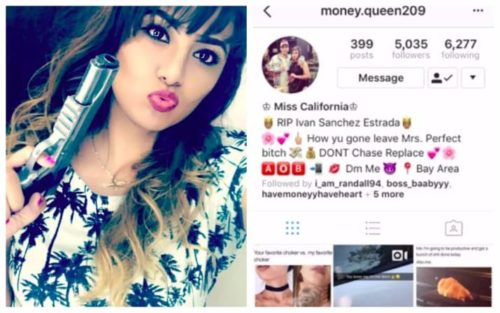 Jaqueline Sanchez[2] of Los Banos, CA, was only one week away from celebrating her Quinceanera. She was to turn 15 and enjoy the big party that comes along with that milestone event. Then she took a fatal ride with her 18 year-old sister Obdulia. Obdulia crashed the vehicle in which they were riding. And although Obdulia was wearing a seat belt and suffered only minor injuries, her younger sister was not wearing one, was ejected from the vehicle and died at the scene. There will be no party for Jaqueline, only a funeral. 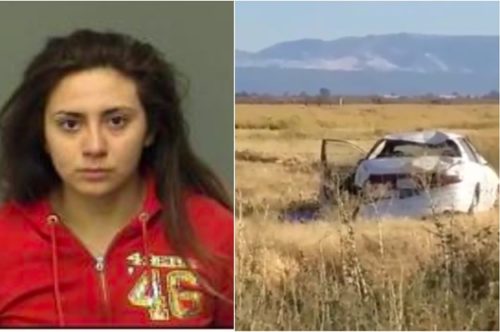 Obdulia, the driver, was intoxicated at the time and also, despicably, live streamed the entire incident and her sister’s dead body, on Instagram. The footage shows Jaqueline’s body on the ground, another passenger in the car trying to flag down help and the killer, Obdulia, talking to the camera as if she were some kind of macabre street reporter.

Obdulia ends this disturbing footage with the chilling words, “Wake up baby, I’m f**king sorry baby, I did not mean to kill you sweetie.”

In fact, Obdulia’s actions show that she made decisions that could result in her sister’s death. This young woman appears to be narcissistic and evil, thinking only of her social media fame as her own sister lay dying; a direct result of her horrific actions.

So, whatever words she uttered for the camera are meaningless. They are the ravings of a homicidal woman. She’s not a social media star. She’s a thug killer who didn’t even care that she killed her own little sister. What a horrendous turn of events for this family, who now mourns the loss of one daughter and the evil criminal acts of another. It matters what our kids are doing. This killer should never have been behind the wheel of a car. Rest In Peace, Jaqueline.