Bullies love to pick on those that they assume are weaker than they are… but every now and then, the person they think is a weakling ends up surprising them and the tables are turned. That’s exactly what happened when some teenage girls thought it would be hilarious to attack an elderly man with a cane[1]. Unfortunately for them, they had no idea what would happen next. 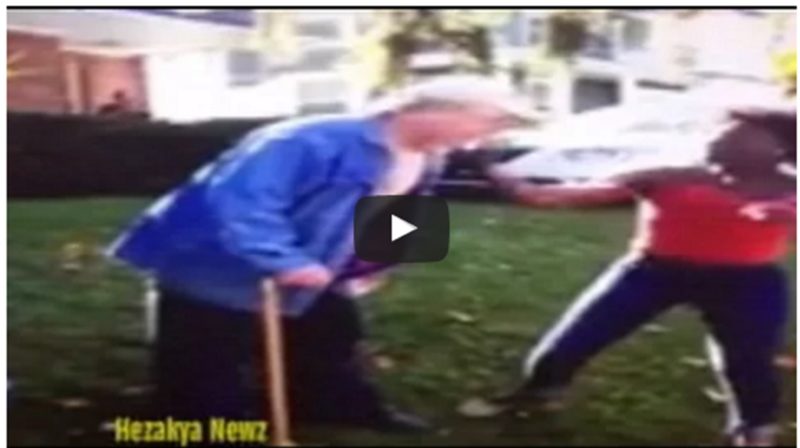 62 year-old Gary Martin, who lives in Syracuse, New York, was attacked by two teenage girls and the entire thing was caught on tape. Martin was trying to sell a car and he says he politely asked a group of teenagers standing nearby to move. Instead of complying, the group got violent.

In the video, four girls can be seen standing with Martin, who is holding a cane. He was speaking to one of the girls when, out of nowhere, she hit him in the face. She then ran away, along with the other girls, but Martin followed them. Another girl grabbed him and began spinning him around, causing his hat to fly off. He raised his cane in the air and attempted to give chase again, but fell to the ground.

Other people were standing around watching the attack and they can be heard laughing. Martin got up to chase after the girls yet again, but this time, he couldn’t catch up to them. He later said that he had been punched twice by the girls and received a bruised eye. The video of his assault quickly went viral, with family members in Ireland even seeing it. It was viewed over one million times on Facebook alone. But this may very well have been what ultimately did the teenage girls in.

Authorities eventually tracked down the girls, who are just 14 and 15, and arrested them. They both were charged with third-degree assault. On top of that, the mother of one of the girls apologized herself to Martin, saying that her daughter’s actions were uncalled for and swore that her daughter would accept responsibility for her actions, along with whatever consequences she was given for assaulting Martin.

It looks like Martin ultimately got the last laugh.