Whenever a shooting takes place (you know, the ones the media cares about, not the ones that occur on a daily basis in Chicago or Detroit), the first thing liberals like to do is blame guns, which leads them to trash the National Rifle Association and the people who work for them like Dana Loesch. She’s a favorite targets, I assume, because she’s a woman and liberals hate women who think for and can defend themselves.

This case was no exception with liberals jumping the gun to accuse an NRA member of perpetrating the shooting.

In a way, they were kind of right. There was an NRA member there that day and he did fire a firearm. But in his case, the recipient wasn’t an innocent church-goer, it was the suspect. 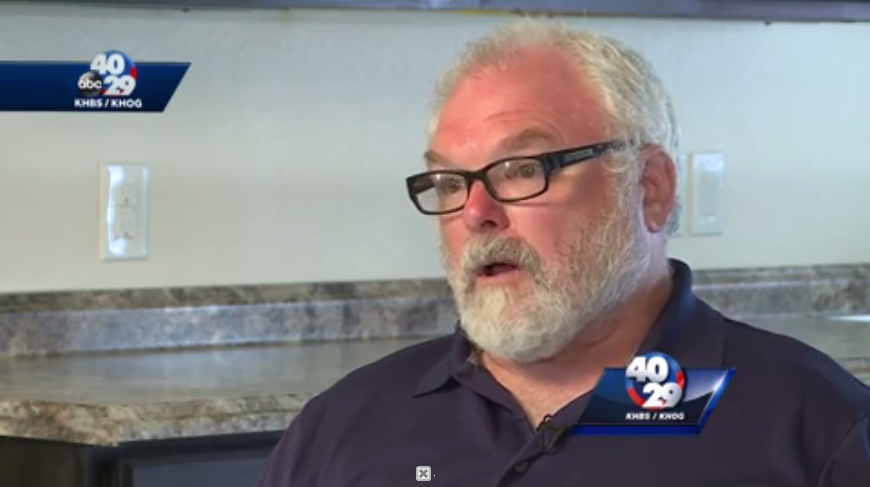 The man pictured above is hero Stephen Willeford, who shot the suspect and then chased him down.

According to the story, his daughter ran downstairs to tell him that she had heard gunshots coming from the First Baptist Church next door. Willeford went to his gun safe and retrieved his rifle and that’s when his daughter told him that she had seen a man in black tactical gear shooting in the church.

“I kept hearing the shots, one after another, very rapid shots – just ‘pop pop pop pop’ and I knew every one of those shots represented someone, that it was aimed at someone, that they weren’t just random shots,” he said in an interview.

So, he loaded his magazine and headed over to the church without even putting on shoes. When he saw the gunman, now identified as Devin Kelley, he began shooting.

“I know I hit him,” he recalled. “He got into his vehicle, and he fired another couple rounds through his side window. When the window dropped, I fired another round at him again.”

Watching the suspect drive away, Willeford knew he had to act fast. He spotted a driver stopped at a stop sign and asked him for help in chasing down the gunman. On the way, they called the police, giving the officers a description of the vehicle they were pursuing.

They caught up to the vehicle, which slowed down before it hit a traffic sign, flipped and then landed in a ditch. Willeford got out of the truck and aimed at the car, requesting the driver to come out with his hands up, but there was never any movement. Police who later arrived on the scene believe that he committed suicide to avoid being captured.

Oh, and the reason that Willeford knew what to do in an active shooter situation? He is a former NRA instructor. So, next time liberals think about blaming them for gun-related violence remember… this man saved it from potentially being even more deadly. The NRA isn’t the enemy, violent criminals with mental problems are.