Good Samaritan Shoots And Kills Man Because Of What He Was Doing To Cop, Footage RELEASED! [WATCH] 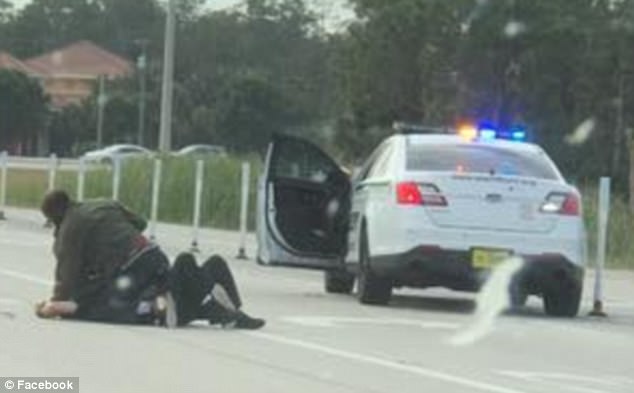 Dean Bardes was tackled to the ground and punched over and over by Edward Strother. The police officer was not able to get away from Edward Strother and began begging for help. That is when Ashad Russell pulled over and was able to save the day. He pulled over, got out of the car and then pulled out his gun. He was able to shoot the man brutally attacking the officer.

Lee County Sheriff Mike Scott shared his insight on the incredible story. ‘Earlier this week, two heroes met on I-75 and while they had never met before, one would save the other’s life.’

‘Ironically, this was the first day in a while that Deputy Bardes was alone on patrol because as a Field Training Officer, he typically has a recruit riding with him to learn the business,’ he said.

Sheriff Scott said: ‘I thank the hero that recognized the imminent threat, rushed to Deputy Bardes’ aid, and ultimately stopped that threat.’

‘In a day and age where race is a near instant focus for media and other pundits in police incidents, the fact is that this hero happens to be a man of color who stopped another man of color from further harming or killing a white cop; thereby reminding us that black lives matter, blue lives matter, and indeed all life matters.’

Sheriff Scott is exactly right. This isn’t about race. It is about protecting our country.