Gun Store Owner Is Robbed On Camera By Two Thugs…Then SHOOTS And DROPS One! [VIDEO] 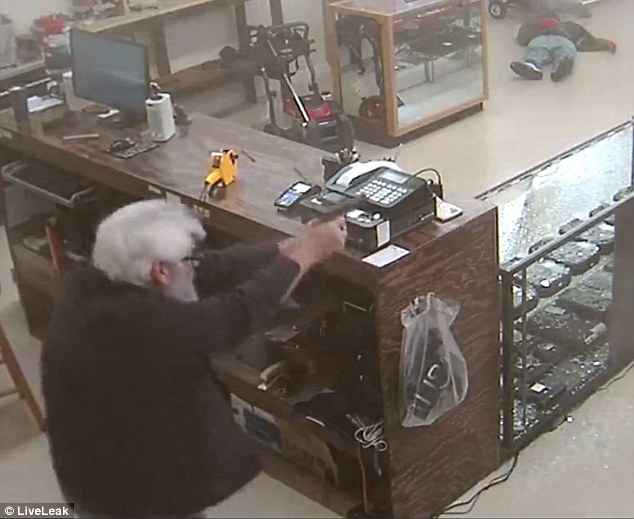 This is literally unreal. You hear about things like this, but I cannot believe that anyone would be so stupid as to actually act like this.

Two robbers decided that they were going to rob a gun shop.

I am not making this up. I am not sure why they thought that would be a good idea, but it ended tragically for one of them. Two men wearing ski masks entered Dixie’s Gun and Pawn Shop in the town of Mableton, Georgia last month. They were armed and certainly dangerous, but they walked into a prepared group of men.

They entered the store and immediately threatened those present. But before they had a chance to pull the trigger, the owner of the shop pulled his gun out and shot one of the armed robbers while the other ran and fled the scene. The man shot fell to the ground and was killed. Immediately, a terrible situation for those innocent within the story changed and they were protected by the 65 year-old man who was not willing to be pushed around.

The man spoke out about his choice to shoot. He made it clear that he felt he had ‘no choice’ but to shoot the man.

‘I had no other choice. I hate that it happened.

‘I’ve been doing this 30 years. Nothing like this has ever happened. I never wanted this to happen but I want to go home at night, too.’