He Shot His Wife 13 Times In The Head As Their 2 Young Sons Slept, Because She Wouldn’t Do THIS….

This is perhaps the dumbest, most tragic thing I’ve ever read. A man shot his wife 13 times in the head[1], in front of her sister, and had the gall to say that SHE was trying to kill him, and used the most RIDICULOUS excuse to attempt to prove it. 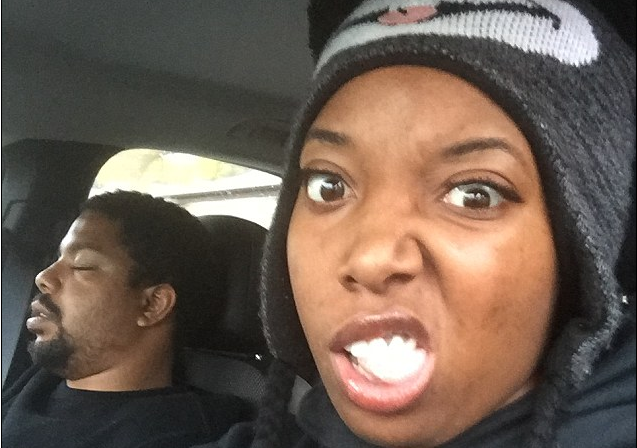 A husband shot his wife and mother-of-two 13 times in the face while her sons were in the next room because she ‘wouldn’t let me sleep’, according to police.

Dorian Barker, 31, was arrested on Monday night in Indianapolis for allegedly killing wife Penny Jones-Barker, 28, after cops were called to a domestic disturbance at around 10.15pm.

Police said that when they arrived they found Barker standing on his front step, and when they asked him if everything was OK he responded ‘yes’, before adding: ‘No, I just killed my wife.’

According to court documents seen by the Indianapolis Star, as Barker was led to a police car he told police: ‘She’s been trying to kill me all day. (She) wouldn’t let me sleep.’

At the station, while being read his Miranda rights, Barker is reported to have interrupted the officer by reaching across the table and crumpling the paper he was reading from into a ball.

Inside the home officers said they found Jones, who had only been married to Barker since July, laying on the sofa with gunshot wounds to the face.

A Smith and Wesson .40 caliber pistol was found on the floor nearby, while 13 shell casing were recovered by crime lab technicians.

Jones’s sons, aged 5 and 11, were asleep in an adjoining room at the time of the killing and are now in the custody of child protective services.

The murder was apparently witnessed by Jones’s sister, who was sitting and smoking on the sofa with her when Barker came into the room.

The sister said that Jones told Barker to put the gun away, and that he was scaring her, but he refused to do so.

Instead, the sister says, Barker walked around to the front of the sofa before unloading the weapon’s entire magazine into her head.

The sister said she ran into a back bedroom before deciding to escape, then went back into the living room.

There, she picked up the weapon and intended to take it, but thought better of it and dropped it before leaving the house.

Barker has been arrested twice before on domestic violence charges during previous relationships, but both times the charges were dismissed.

He is now being held in custody accused of murder.

According to the Indy Star, Jones drove buses and worked as a home health aide with the elderly in order to support her family.

What do you think should happen to this “man”?