Not all heroes wear capes, but on occasion they do fly.

One plane passenger is being applauded for her quick thinking and selfless actions after witnessing the unthinkable on her flight. 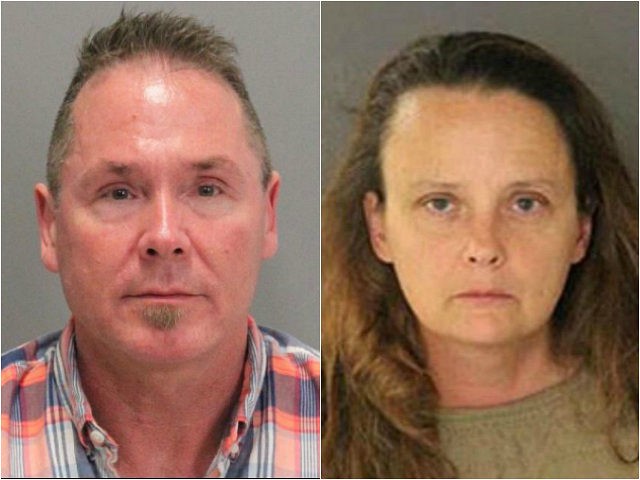 An unnamed passenger reported her findings after witnessing 56 year-old Michael Kellar texting 50 year-old Gail Burnworth about having inappropriate interactions with children within her care.

The conversation began on July 28th, when Kellar asked Burnworth to snap some pictures of the children. He even went as far as to make very specific requests.

“Pics baby??? Maybe some panty shots??? If so, wrestling with her and pulling them to the side?”

Burnworth declined to send the pictures, instead saying that she would send him pictures AND videos when the parents of the children weren’t around.

When asked what the videos would entail, the woman explained how she would orally and anally abuse the children for his pleasure. He responded by asking her “[Y]ou can do this or are you just saying this???”

“No I think I can do it if I don’t have parents over my shoulder or worried about who’s going to walk in on me,. And then on Sunday I will have the kids no parents just kids.”

That’s when Kellar finally asked if he would be able to have sex with the children and suggested loading them up on Benadryl, presumably to make them sleepy.

On July 31st, a school teacher sitting behind Kellar on the flight noticed the messages, reading the large font on his phone. She photographed the messages of Kellar and his female accomplice agreeing to meet up and make videos of the children in their underwear, as well as “dog s*** eating videos.” She took her evidence to the airport police, who notified the authorities. The teacher ID’d Kellar, who was arrested.

Both of these monsters were charged on Monday with attempted enticement of a minor, conspiracy to produce child pornography and rape of a child.

The preschool teacher rejects the title of “hero” and says that she is just glad that the children are safe.

It’s good to know that there are still good people in the world who are willing to act to make a difference. She may have just saved the lives of those children.