The “stranger danger” kidnappings that we see so often in the news are exceedingly rare — but they do happen. And thanks to the quick thinking of one bus driver, a man who attempted to kidnap a three-year-old was unable to get away with it. 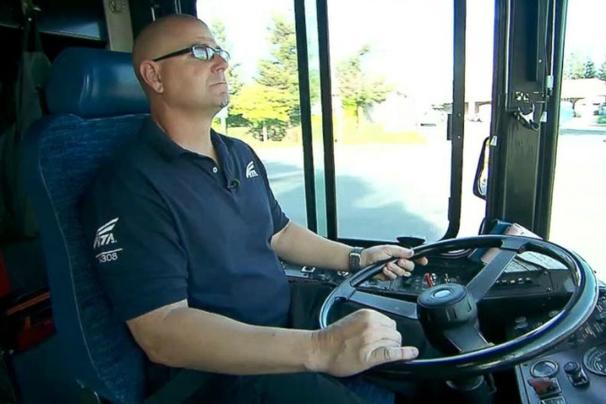 A bus driver is being hailed a hero for stopping a kidnapping suspect in his tracks.

Police say the suspect got on the bus with an abducted 3-year-old on Friday but didn’t get much further than that thanks to the driver.

When the alert came out that a 3-year-old boy had been abducted from the Milpitas library, bus driver Tim Watson thought a passenger with a crying boy fit the description. He pulled over and pretended to look for a lost backpack.

“What I’m really trying to do is to get up without him knowing to look at the little boy,” Watson said. “So sure enough, I see the plaid shorts and red shoes. That’s what really stuck out in my mind.”

Watson quickly radioed police. He said the man, now identified as 23-year old Alfonso David Edington of Pittsburgh, began to get off with the boy at the Fremont BART station, but police were waiting.

“So I open my door one slowly, giving them time to get prepped and ready to go. I open up door two. The gentleman walks out calm, cool, collected as can be, and they take him down on the spot,” Watson said.

There was an emotional reunion with the boy and his parents at police headquarters. That’s when it began to sink in.

“And that’s when my own kids came to mind and I just broke down,” Watson said. “I couldn’t hold myself. I just had to go inside the bus and reflect.'”

There is absolutely no doubt that this man is a hero, because not only did he recognize the little boy who had been kidnapped, but he also remained calm and was able to alert authorities in a way that didn’t alert the kidnapper himself. It could have turned into any parent’s worst nightmare, but thanks to this man, there was a happy ending instead.