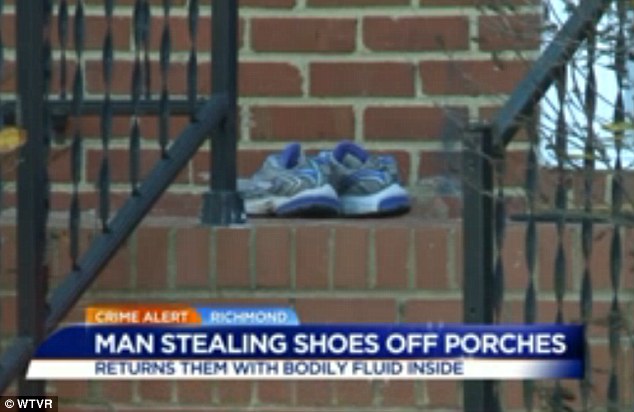 A Virginia math teacher has been arrested for allegedly stealing women’s shoes and then returning the footwear with bodily fluids inside.

Kenneth Johnson III, 31, of Henrico, turned himself in to police custody on Saturday and was charged with eight counts of intentional damaging of property and three counts of petty larceny.

Johnson, who is employed as a math teacher at Varina High School in Henrico, is being investigated in connection to a string of bizarre incidents involving the theft of women’s shoes.

Police said they began getting reports in early September from women whose footwear had been swiped from their porches overnight in the area of Monument Avenue.

The missing shoes were returned to their rightful owners within a few days, but they were filled with what has been described as ‘biological evidence.’

In all, four incidents have been reported over the past three and a half months, but investigators suspect there are more victims out there and they are encouraging people to come forward.

And here’s how he got caught…

One victim told the station WTVR that she confronted the suspected shoe fetishist when she caught him leaving her porch with her sneakers in his hands.

The woman recalled that the footwear bandit, later identified by police as Johnson, sniffed the running shoes in front of her and told her he loved the smell before fleeing on foot.

Another victim revealed that she found a note in her shoe saying the thief was ‘a married man but his wife’s shoes did not have a smell and he liked performing perverted activity in the shoes and then returning them.’

And here’s a picture of this fruitcake… 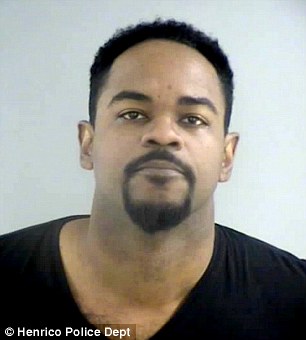