Hit It, Don’t Quit It says Teacher to Student

MIAMI — High school students are supposed to be the ones enamored with social media. But lately a lot of teachers have become carried away with modern communication options, and the habit is getting some of them in big trouble. 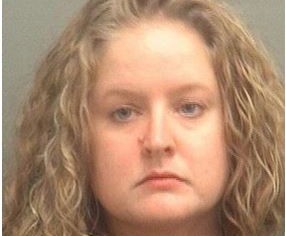 [1]Stevie Glasspool, a social studies teacher at Hollywood Academy of Arts & Science in Miami, was obsessed with living her life through the internet. Glasspool had a Twitter, Instagram, LinkedIn, MySpace and even a website which was dedicated to a wedding called off by her finance more than a year ago.

And last week Thursday, Glasspool was arrested for being a little too ‘active’ on Facebook. Broward Sheriff’s investigators say that Glasspool sent inappropriate Facebook messages to students between the ages of 15-17, reports the Miami Herald.

These messages contained invitations to sleep over, smoke marijuana and other suggestive offers.

One message said, “I don’t want you to fall in love with me but I also don’t want you to hit it and quit it either,” according to the news story. Others said, “your body is amazing,” “I have marijuana for us to smoke,” and “you will be graded on performance,” reports the story.

Authorities were finally alerted when a 17-year-old victim came forward and told his parents.

Glasspool has since been arrested and charged with soliciting a child for unlawful sexual conduct using a computer. Broward County investigators say that two more victims have since come forward and believe that there could be more. Glasspool has been placed on unpaid leave by the school and her Facebook account has been deleted.

By Trevor TenBrink at EAGnews.org