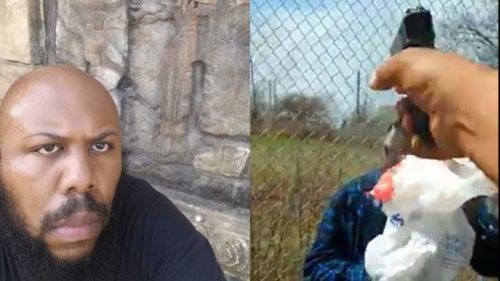 74 year-old Robert Goodwin Sr.[2] was walking down the sidewalk on East 93rd street in Cleveland at around 2 p.m. local time today. He had a shopping bag in his hand and was minding his own business when Steve “Stevie Steve” Stephens approached him. After a few inane words, Stephens shot and killed Mr. Goodwin. And that is not the end of the horror. The killer broadcast the murder live on his Facebook page. And in addition to this heinous crime, it appears he chose his victim at random. Stephens did not know Robert Goodwin. 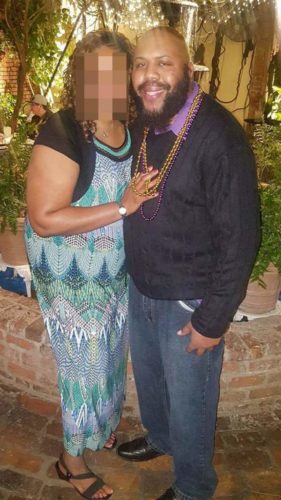 Police describe Stephens as 6’1″, bald and weighing approximately 244 pounds. He is thought to be driving a white or cream SUV. He is considered armed and dangerous and he is still at large. Do not approach Stephens, who has said on his social media page that he killed 13 other people. This has not been confirmed. But nonetheless, he is extremely dangerous. Call 911 immediately if seen.

A Facebook spokesperson gave a statement; “This is a horrific crime and we do not allow this kind of content on Facebook. We work hard to keep a safe environment on Facebook, and are in touch with law enforcement in emergencies when there are direct threats to physical safety.”

And Cleveland’s mayor, Frank Jackson, said Sunday evening, “We know who he is, and he will eventually be caught.”

Investigating agencies include the FBI’s Cleveland field office, the Cleveland police and the Ohio Bureau of Criminal Investigation. They have sifted through hundreds of leads so far.

It is a tragic fact that evil walks our streets. What could Mr. Goodwin have done to protect himself? He was simply an elderly man walking down the street. This horrifying killing points out that it is very important to report suspicious behavior or people who are exhibiting signs they may be planning something violent. And it’s a smart idea to be licensed and carry a gun. That is the only way a killer like Stephens could have been stopped.

It is thought that this cold blooded killer became violent based on a relationship with a woman. Stephens said on the violent video,”And I’m about to keep killing until they catch me.”

RIP Mr. Goodwin. And condolences to your loved ones. This should never happen to anyone.