HORRIFYING! Female Boss Is Dragged Off, Killed By Male Workers Who Didn’t Like Her Age [VIDEO]

A vicious murder of a woman named Jazmin Contreras, 19, who was the young boss for a group of workers in a fabrics factory, was targeted by two angry male underlings who lynched her because they didn’t like taking orders from such a young woman. All of this happened in San Cosme Mazatecochco, in central Mexico.

Footage from inside the fabric shop actually shows the two male workers struggling to take a hold of Contreras, right before they drag her off camera and lynch her. The video is devastating to watch. 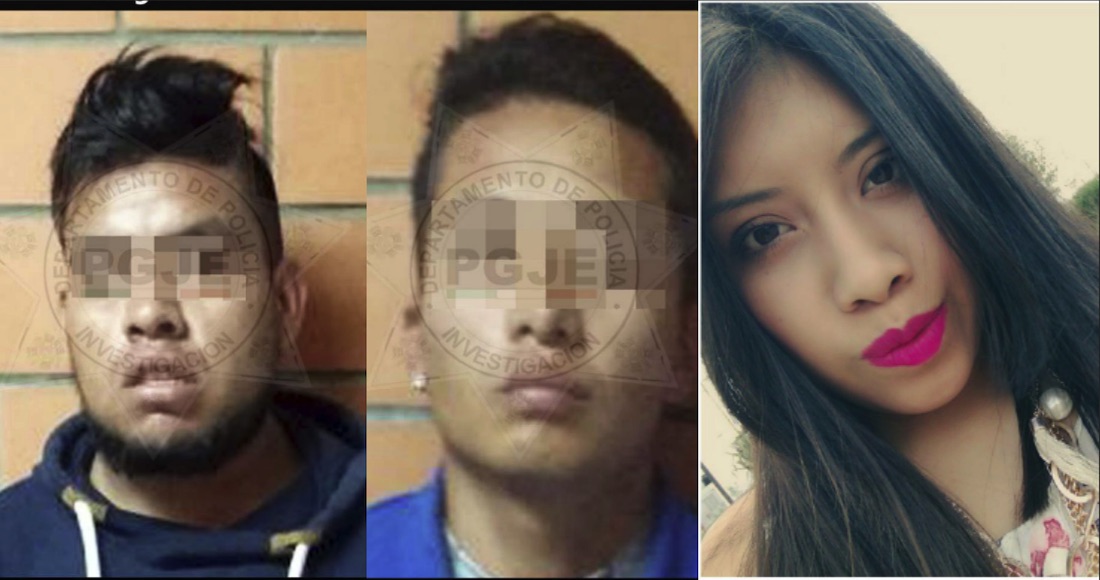 The two workers who committed the murder were named Miguel and Oscar, both of which were 24 years of age. After they had hung her, they decided to take the body and hide it in the forest. What these two murderers didn’t count on was their actions being caught on camera. Contreras was only 19 years-old, but was already married to her husband, Francisco.

When interviewed, he said: “They could not accept that a younger woman ordered them around. Therefore they killed her, because of their machismo.”

Suspicion that something terrible had happened to Contreras really didn’t set in until she failed to return home from her work. Her relatives then sensed that something was wrong and phoned the police. Authorities then launched their investigation and soon discovered what had happened when they got a hold of the security camera tape.

They first arrested Oscar for the murder and he quickly confessed what he had done, but also turned on his friend Miguel who had helped him in the killing. Police of course already knew that and had Miguel arrested. When they got to the bottom of their confessions, they swore that the murder of their boss was strictly based on personal and economical reasons, yet many who knew the relationship of these two and their young 19 year-old boss strongly believed that it all had to do with them taking orders from a younger woman.

It was later found that Miguel was 14,000 MXN, or over $700 dollars in debt to Contreras when they had made the choice to murder her. When an autopsy of her body was made, they found that she had died from suffocation.

These two murderers killed an innocent young woman, supposedly because they didn’t like taking orders from her? What kind or morons are these two? They took her life, for what? Nothing good can ever come from murder. These two deserve the 30 years behind bars that are coming for them.