This is the hideous news story of a woman who was tied to a tractor and beaten to death by a mob of villagers in Bengal, India – after she was suspected of being a child kidnapper[1] – with zero proof.

Otera Bibi, 42, was mentally disabled and had a hard time speaking. She had been living with her parents, but roamed from her home to a nearby village in West Bengal, India, last Tuesday.

Otera ended up inside the wooden hut of a local villager, Dilip Ghosh – sending fears throughout the village that she was trying to kidnap his ten year-old daughter. 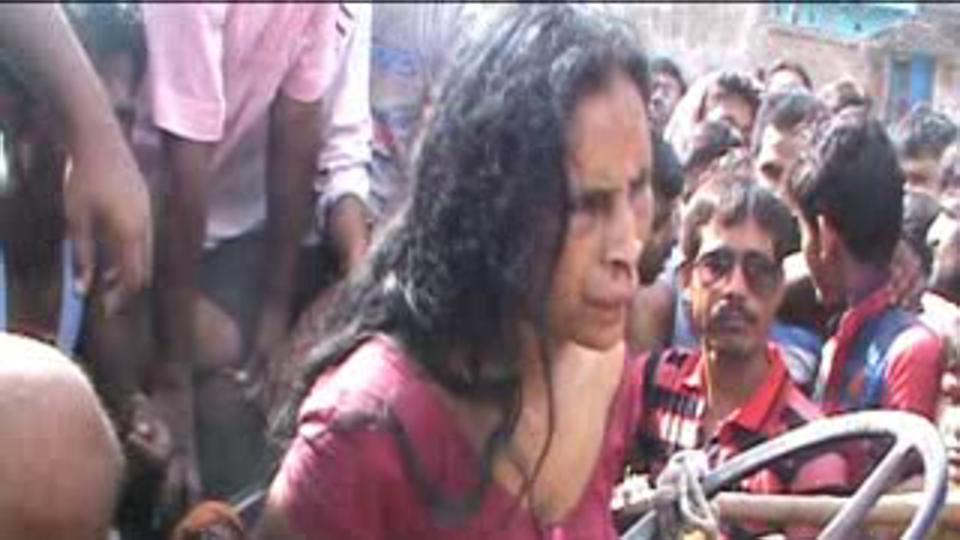 A savage mob attacked Otera – tying her to a tractor and hitting her for three hours with sticks and tossed stones.

Locals tore off her clothes as some form of perverted embarrassment and shaved her head as they ‘beat her mercilessly’, according to one person who was present at the Mithipur-Panagarh village, where the attack took place.

Otera is believed to have attempted to protest her innocence, but onlookers could not understand what she was saying. Police arrived at the scene of the mob beating in the afternoon and rushed Otera to Jangipur sub-divisional hospital, but it was too late. She died of her injuries after the village attacked her.

Murshidabad Superintendent of Police Mukesh shared what information he had:

‘A mob beat up the woman after a rumour spread that she was trying to lift children from the village. We have started investigating the murder case. We are trying to identify the people involved in the lynching as well as those who spread the rumour.’

Police apprehended many of the villagers for questioning, but so far nobody has been brought up on the charges of murdering a mentally disabled woman.

They thought that Otera was a child kidnapper after a different incident last month happened in which a child disappeared from the neighborhood.