HORROR: Mother Sets 4 Yr-Old Son On Fire And Drowns Pet Guinea Pig, After Searching ‘How To Kill A Cannibal’

A Milwaukee mother has been charged with murdering her 4 year-old autistic son after it was discovered that she had placed him in the bathtub, restrained with belts and a plastic bag over his head. But that wasn’t the worst part.

She then lit him on fire and the firefighters later found his charred remains in the tub. Her son’s guinea pig was also found drowned in his cage which had been placed next to the boy.

Amelia Di Stasio was arrested for the crime. 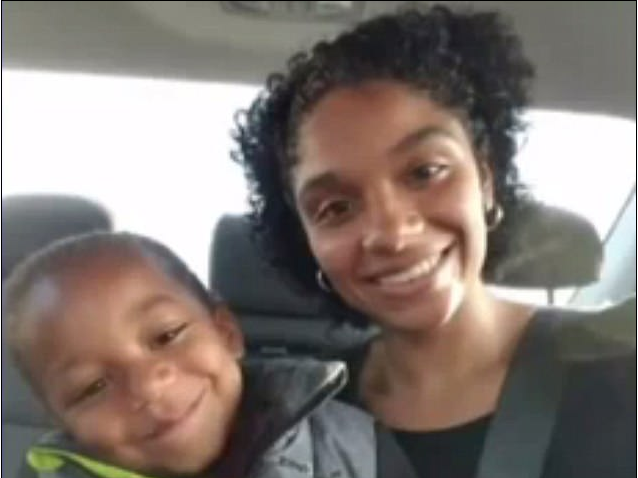 The child had seven belts tied to him, attaching his hands to his legs and arms. She had also placed a plastic bag over his head.

In a move that proves pre-meditation of the crime, the smoke detector had been removed from the ceiling and had been placed in water.

When they looked through the woman’s phone, they discovered that she had recently researched “how to kill a cannibal.” I don’t know if that means she believed her 4 year-old son to be a cannibal, or if it was unrelated, but it certainly is odd.

Following the crime, neighbors said that they witnessed a “frazzled” woman climbing out of a window. She was later found walking down the street. When officers approached her, she first said “lots of people look like me.” Later, she admitted to being the boy’s mother.

Neighbors were asked if they had heard anything suspicious, they reportedly heard the young boy pleading with his mother “Please mommy. Stop. I won’t do it again.” Apparently she told him to “shut up” and the surrounding neighbors reported hearing banging from inside the home.

After fleeing her home, she reportedly asked a man passing by if he knew a pastor. According to him, she said that she “did something really bad.”

Her father said that she suffered from mental illness and may even be bipolar, but she had always been a devoted mother.

She remains behind bars after being charged with first-degree intentional homicide and it is not known whether she has a lawyer.

Everything about this story is horrible and it absolutely breaks my heart. That little boy should never have had to suffer the way he did. Nobody deserves to be tortured like that. I hope his mother gets the help she so clearly needs, especially if she doesn’t spend the rest of her life in prison. The last thing we need is her released without being medicated.