There are three things that you never do. You don’t put your hands on a lady. You don’t abuse children. And you don’t punch a defenseless mentally challenged man for doing nothing but smiling[1]. Never.

But unfortunately, that’s what a pack of wild punk ass youth did when they sucker punched a mentally challenged man in the face as he walked down a street in the Germantown area of Philadelphia. 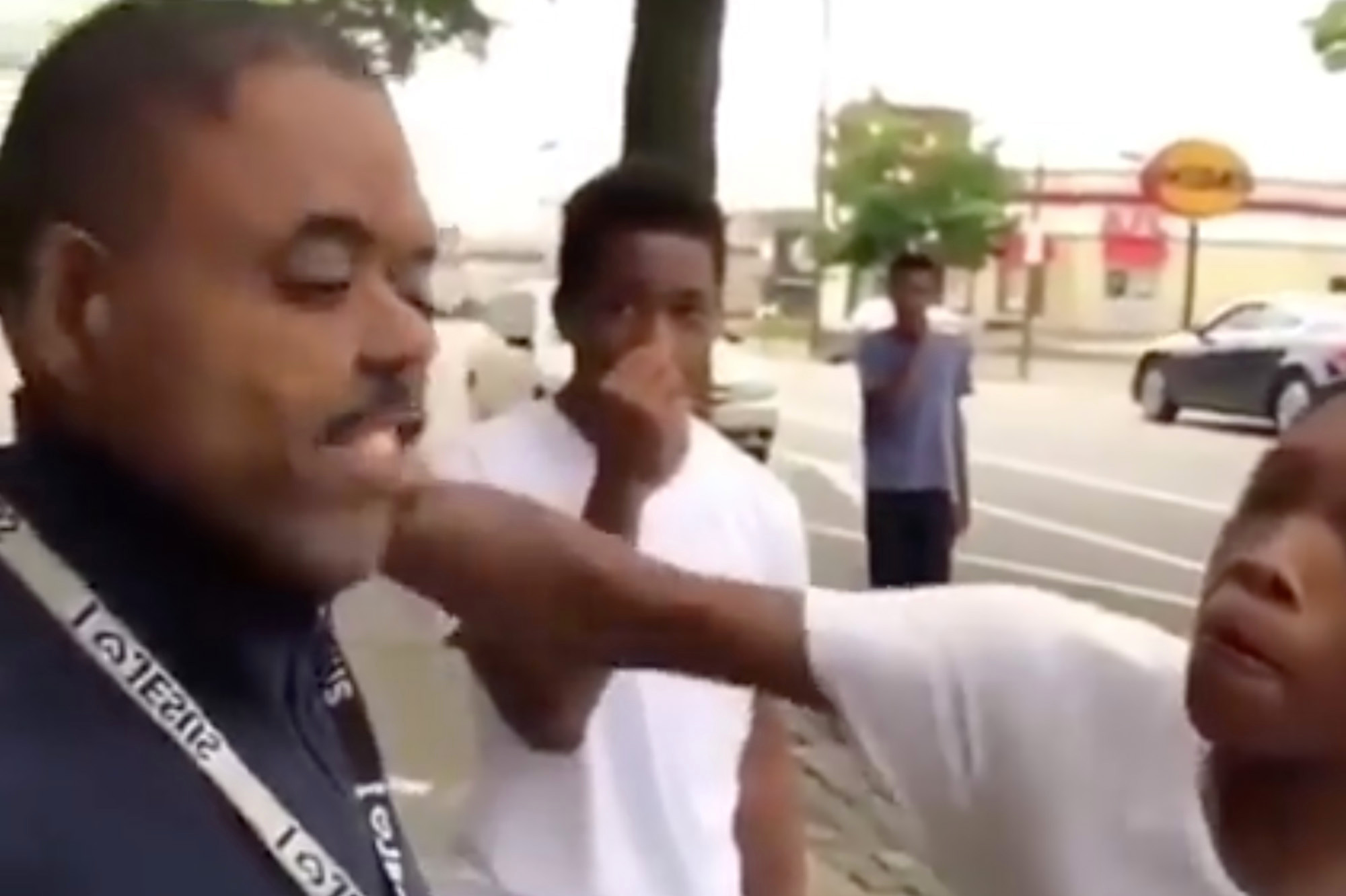 There is a 30-second video which was recorded in slow-motion, of a man being seen smiling before and looking in the opposite direction before being distracted by a teenage boy who sucker punches him hard in the face for no evident reason and without any warning.

The victim winced in pain and was in complete shock as he was pushed back by the force of the hit. As he attempted to get away from these subhumans, another piece of trash kid chases him down and launches a punch at his ear, all the while the other kids in the group are laughing like a bunch of animals.

All the men are distinctly visible in the video and can be identified, but police do not yet know who they are and are hoping members of the public will come forward and help reveal who they are, and shame them for their acts.

Gerald Andrews Sr., 48, spoke with the media, saying that the victim was a co-worker at a ShopRite in Cheltenham and his name was Mark. Andrews was heartbroken that such a nice and defenseless man could be the victim to these savages:

“He keeps that smile on his face. He wants to talk sports. He’s a good guy. It’s heartbreaking.”

“Obviously, what is depicted in the video is very disturbing. We would implore anyone who has info on the video, or who knows the identity of the victim to reach out to police.”

Note: YouTube has since removed the video because of its violent nature.