For as much good as we’re seeing coming out of Texas as people rush to rescue and provide aid to those stuck in the flooded areas, we would be remiss if we didn’t also report on the bad as well.

You see, while rescue workers and emergency services attempt to made sure everyone is alive and safe, there are those who seek to exploit this tragedy for their own gain. Looters have decided to work against the efforts of firefighters and those helping people. 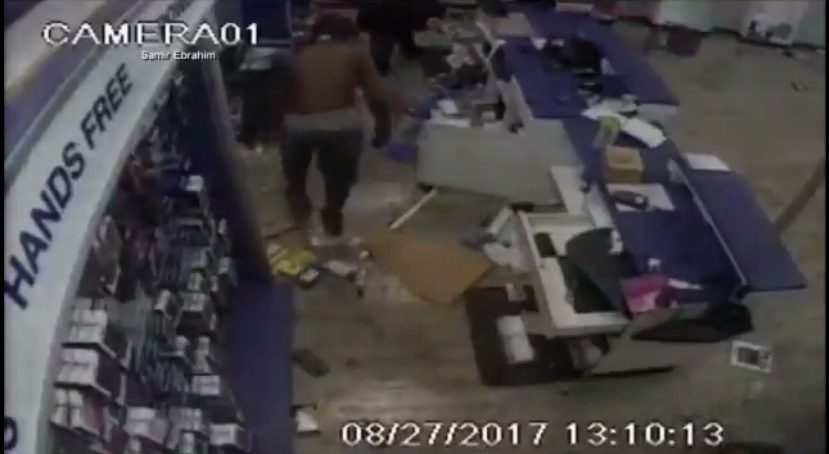 Monday afternoon, looters opened fire on firefighters and rescue personnel who were attempting to evacuate people from the area. Police had to put their recuse plans on hold while they went to protect the firefighters.

When officers moved in, they also fell under fire from the looters, though nobody was injured, Houston officer Joe Gamaldi called the act “despicable and disgusting.”

“This was absolutely the most despicable and disgusting thing that you could imagine,” Gamaldi said in a statement to Daily Caller[2]. “That our officers had to stop what they were doing, high water rescues and saving lives, to deal with looters firing at our officers and firefighters.”

Below you can see a video of men breaking into a store unhindered and stealing whatever they can.

Texas law enforcement may not be able to immediately respond to reports of looting, but make no mistake, they will be going after those who are engaging in criminal behavior during this time.

According to KTRK, burglary usually carries a sentence of anywhere between 2 and 20 years, but during disasters like the one we’re witnessing right now, sentences are even stiffer, with criminals landing in prison for 5 years to life.

Crime doesn’t pay and if you’re robbing people during one of the worst times in their life, you deserve whatever the judge throws at you. How dare you further victimize people who aren’t there to defend themselves or their property.