Nope, this doesn’t follow the narrative you think it does – even though it comes to us from London where that other narrative plays out a lot more often than any of us are comfortable with.

Instead it’s a tale of jealousy, betrayal and psychosis[1] without a whole lot of deeper meaning. 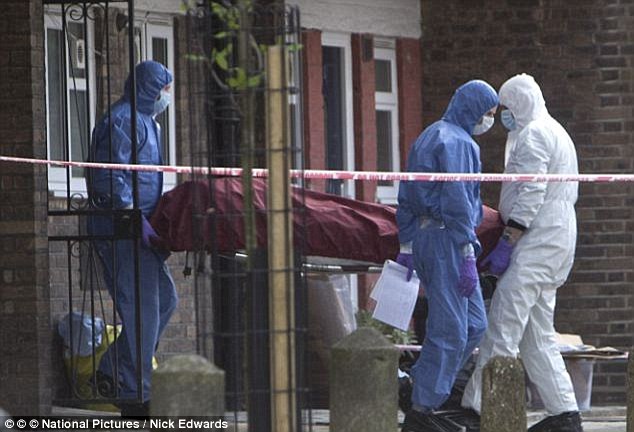 A man who beheaded his estranged wife before crushing her skull and flushing it down a toilet was today found guilty of her murder.

Crane driver Dempsey Nibbs, 69, killed Judith Nibbs, 60, at their flat in Hoxton, east London after she told him she was having sex with at least eight other men.

He had also discovered chat records from Skype which showed how she had flashed her breasts to an online suitor.

During a row on April 10, 2014, he battered the Meals On Wheels worker over the head with an iron bar for ruining his plans to retire by the sea.

Mrs Nibbs, who had two children with Nibbs, could have still been alive when he beheaded her because he could not stand the sight of her face, the Old Bailey heard.

Nibbs had admitted killing Mrs Nibbs but denied murder, despite having no mental health issues. He showed no emotion as a jury today found him guilty of the charge and he is due to be sentenced in the coming weeks.

During the trial, the court heard how Nibbs had become enraged after his vivacious partner of 30 years taunted him as their relationship fell apart by saying she had been seeing other men.

The fatal attack came just two days after mother-of-five Mrs Nibbs predicted her own killing after an earlier row, chillingly telling her colleagues as she left work: ‘If I’m not in Friday, I might be dead.’

Dead she was, because he took a crowbar and beat her to death, and then decided he’d cut her head off.

Then he had the smart idea that what he wanted to do was flush her head down the toilet, correctly deducing that wouldn’t work if the head was in one piece. So he decided to smash it into little bits that he could flush.

He got convicted of murder. Not of genius.

Afterwards, Nibbs wrote a note to his 30-year-old son Kirk, who lived with the couple, and called 999 to say police would find two bodies at the property. They also had a daughter, Lauren, who was autistic and later went to live in a care home.

A police officer broke down the door when he saw Mrs Nibbs’ headless body through the letterbox and bravely grappled a shotgun and knife from Nibbs as he attempted to stab himself in the bathroom.

Nibbs, suffered from prostrate and bladder cancer and had to wear a colostomy bag, said he killed his wife because he thought she was a ‘snake’ but jurors heard he had shown no signs of mental illness.

What set him off was that the ex-girlfriend (they lived together for 30 years, had five kids and never got married) started taunting him about all the guys she’d slept with. That, plus the fact he found out she’d ripped him off of 20,000 pounds and contrary to his expectations, he’d not be retiring anytime soon even with that prostate cancer.