Husband Calls Mother-In-Law to His House Before Shooting His Wife and Himself Dead and Leaving Her to Find Their Daughter, 2, Sat Amid the Carnage

It’s horrific enough that a husband could kill his wife in cold blood. But Glenn Ballor had to make the situation even worse: he called his mother-in-law to have her come to the house and discover the body of her daughter firsthand. 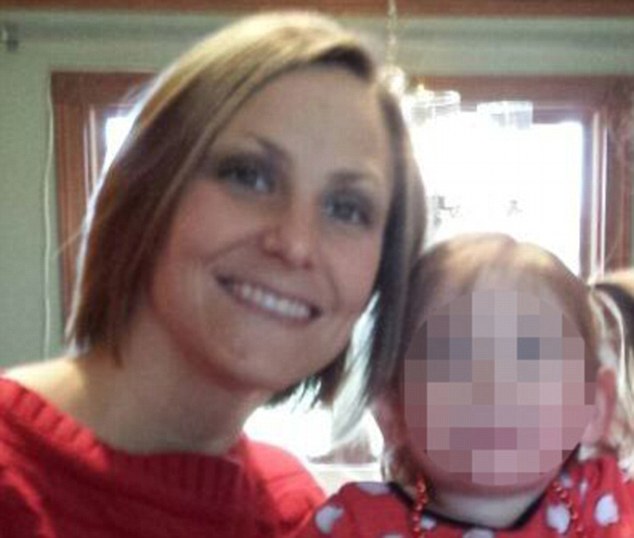 Glenn Ballor, 38, and Brianna Ballor, 31, were found dead in the bedroom of their Porter County home on Saturday night from apparent gunshot wounds.

Brianna Ballor’s mother, Beth Hefner, reportedly arrived at the home to find her granddaughter on the couch and heard a gunshot. The girl was not injured.

Before receiving a phone call from her son-in-law, Hefner’s daughter, who worked at the Porter County Juvenile Detention Center, had called asking for help, but the phone went dead, according to the Times of Northwest Indiana.

‘She said “mom”, and then she was screaming and it went click,’ Hefner told the Chicago Tribune.

The couple were going through a divorce, but Glenn Ballor had yet to move out of the house, Hefner said.

She got to the home at about 11.50pm and called the police after finding her daughter and son-in-law lying in a pool of blood.

A ‘domestic situation’ occurred before Glenn Ballor shot his wife with a shotgun and turned in on himself, according to the Porter County Sheriff’s Department.

Glenn and Brianna Ballor were married for three years, after meeting when they were both part of a wedding party.

The only relief in this awful story is that their two-year-old daughter was left unharmed. Sadly, this poor mother will be left with not only the trauma of knowing that her daughter was murdered, but having been forced to see the grisly aftermath as well.